The Dhoni-Sehwag rift may have been true or blown out of proportion by the media. However, far from being unique, discords such as this have been commonplace in the history of the game. In this series, Arunabha Sengupta looks at some of the most famous feuds of cricket. In this episode he revisits the famed Vaseline wars that rubbed the gloss off the noble game. 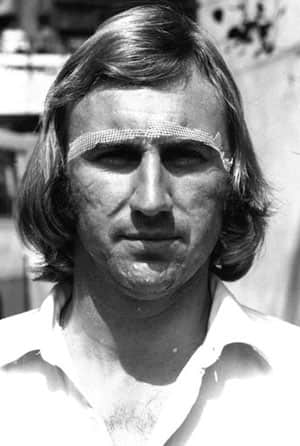 The Dhoni-Sehwag rift may have been true or blown out of proportion by the media. However, far from being unique, discords such as this have been commonplace in the history of the game. In this series, Arunabha Sengupta looks at some of the most famous feuds of cricket. In this episode he revisits the famed Vaseline wars that rubbed the gloss off the noble game.

John Lever and the Vaseline episode

For someone who put his foot in his mouth earlier in that year, Tony Greig managed to be the impossible charmer in India. He would win over the journalists and administrators with his praise of Indian umpires, blow kisses at the ladies’ stands and, when the things got boring on the ground, would summon Derek Randall to do a couple of cartwheels or flick his hat in the air and catch it on his head. The support he got with his gimmicks was electric.

Under his expert instructions, the entire team struck up a brilliant rapport with the fans on the other side of the fence. As Derek Underwood recalls, “They were never on our side, but they weren’t terribly anti-England.”

Mihir Bose, in his Magic of Indian Cricket, states that Greig was idolised by millions and stressed the importance of the connection he and his team made with the crowds around the country. Indians are tremendously susceptible to flattery, particularly from a foreigner … and he used the Indian crowd to help him defeat the Indian team, and in Robert Marlar’s memorable phrase, became the Clive of cricket.

Greig’s achievement was more remarkable because on paper his team was actually weaker than the Indians. But, with the support of the home crowd neutralised and sometimes turned against the hosts, he finished on top. 80000 people turned up on the final day at Eden Gardens to watch the last three wickets of the Indian innings tumble and England easily wrap up a 10 wicket win, and go 2-0 up in the series.

However, much of his excellent PR work was undone in the next Test at Chennai.

England recovered from a shaky start to reach 262 and India had been reduced to 126 for seven by lunch on the third day. The English version of the story goes that during the break John Lever, the left-arm medium-pacer, asked physio Bernard Thomas to do something for his sore foot. While looking for medical supplies, Thomas found some Vaseline smeared gauze and suggested that Bob Willis and Lever apply these strips above their eyebrows to prevent sweat from running into their eyes.

While Willis quickly realised it to be useless, Lever retained the strips for a few overs. By then, opposition captain Bishan Singh Bedi was at the crease. Once Lever had tossed the gauze to the ground, umpire Judah Rueben picked it up and showed it to Bedi and Greig, before reporting his discovery during the tea-break.

Journalists who enquired about the on-field discussions quoted Bedi as saying that England had used Vaseline to swing the ball in the first Test, adding that it was disgusting that the visitors would stoop so low.

The English version suggests that Bedi, who was bearing the brunt of criticism, on the verge of going down 0-3 in the series, opted to use this as an excuse for the poor performance of his team.

Intentional or not, the use of Vaseline had soon turned the crowd sentiments on its head. A huge banner appeared on the fourth day saying, “Cheater Lever go home. Tony Greig down down.”

The ball in question was apparently sent to the Forensic lab in Chennai, and a report came back stating that traces of Vaseline had been found on it.

Greig and Lever were furious that such aspersions were being tossed around. Lever was particularly disturbed to hear that members of the British media had set up camp on the doorsteps of his parents back home.

However, according to the biography of Tony Greig by David Tossell, some Indian players told Lever and Greig not to worry because Bedi had been especially keen to divert criticism of his captaincy while in the south of the country, where he had far less support.

The incident soured the relationship between the two teams. “From then on we stopped going into their changing room and kept our distance,” remembers Lever. “In the end we were cleared, but I could never forgive Bedi. He knew what I could do; he had seen me swing it in England.”

Imran Khan: Is it an Indian habit to make excuses?

Bedi was far from finished in his affair with cricketing creams.

Having gone through a captaincy ending and career crippling tour of Pakistan in 1977-78, he returned to the neighbouring country as a columnist in 1982-83 as Imran Khan and his band of men were making mincemeat of the Indians.

Having won the second Test at Karachi with some magical bowling, Imran had the most successful match of his sparkling career during the next Test at Faisalabad. Between taking 11 wickets in the match as only a bat carrying 127 by Sunil Gavaskar withstood his assault, he also took time off from firing down his mysterious thunderbolts to score a 121 ball 117 with 5 sixes.

According to the veteran journalist Rajan Bala, after his heroic showing, the Pakistan captain was disgusted with something Bedi had written about the lubrication methods used by the Pakistan fast bowling machinery.

“Is it an Indian habit to make excuses?” Imran supposedly asked. “Nothing seems to be wrong with their players. Everything is wrong with us, our grounds, the pitches, and now, I understand, the ball.” He went on to say that he was willing to invite a couple of Indian umpires to officiate in the remaining Test matches and Pakistan would still win. He further added that Sarfraz Nawaz was a master of preserving the shine of the old ball with sweat and saliva – the secret of the movement the bowlers generated.

In his book Days Well Spent, Bala says that he had been sitting on the boundary when last man Dilip Doshi’s stumps were sent cart-wheeling by Imran. The ball had trickled to where Bala had been sitting and he had returned it to the fielders converging upon it. There had seemed to be a greasy substance on it.

However, Bala writes that when he mentioned the slimy material to Imran, the Pakistani great retorted, “Must be something your batsmen left behind.”

During the second Test at Nottingham, a fine partnership was being stitched together between the celebrated comrades in arms, Rahul Dravid and VVS Laxman, when a James Anderson delivery missed the Hyderabadi artist’s attempted prod and went through to Matt Prior behind the stumps.

As the bowler and the slips went up in a spontaneous appeal, umpire Asad Rauf thought long and hard and said not out. Unconvinced, the fielding side demanded a review. Third umpire Billy Bowden watched the replays, took help of the Hot Spot technology, but could not detect an edge. The decision remained Not Out.

It was then that Michael Vaughan sent out his infamous tweet, “Has Vaseline on the outside edge saved the day for Laxman?”

It is an urban legend among cricketers that Vaseline can somehow confuse thermal-imaging technology. However, there is no scientific basis for the rumour. In fact, according to men involved with the actual science behind the technology the reality is actually opposite. Chinmaya Joshi, a junior undergraduate student involved in a UDRS-related project by the Massachusetts Institute of Technology Media Lab says, “the impact of the ball on the bat would have been even more pronounced, if vaseline or petroleum jelly was indeed applied on the bat.” His team member Siddharth Khular adds, “It was also (shown) by BBG Sports, the Australian company that pioneered the snickometer system, that Vaseline cannot hide the Hot Spot.”

Yet, it did not deter Vaughan, a prolific Tweeter, from sending across the 11 words that wrecked as much havoc as the same number of men had done under him during the 2005 Ashes series.

Stuard Broad, in the meantime, said that he had “sarcastically had a cheeky feel of (the edge of Laxman’s bat) when the ball went past. There was no Vaseline, no liquids or anything else on there. I think it was just the Hotspot not showing the very faint edge.”

The reactions to Vaughan’s tweet were understandably strong and condemning. Not only did the allegation try to open a perhaps non-existent can of worms about substances used by batsmen to outwit the television umpire, it was also a crooked arrow of slander aimed at one of the most gentlemanly of all cricketers.

And of course, Vaughan had to endure a torrent of insults on Twitter from offended Indian fans. Ultimately, he responded, “I think their [sic] has been a slight over reaction to Vaseline gate… Taken to court!!!?? Sense of humour required for many I think.”

However, not too many were inclined to laugh.