While the cricket fan generally responds to analytical arguments with numbers do not mean anything/everything , we also come across some curious logic of the zealot trying rigorous logic.

While the cricket fan generally responds to analytical arguments with numbers do not mean anything/everything , we also come across some curious logic of the zealot trying rigorous logic. In this series S Chuzzlewit takes you through some of the most hilarious ones.

The case of Sunil Gavaskar and furious pace is curious.

On paper he has 13 hundreds and averages well into the healthy 60s against the West Indians. And we all know that the West Indians were a deadly lot in those days with four supreme fast bowlers going for your head.

However, a closer perusal of the data shows that much of those runs and hundreds came against weaker West Indian sides, where a lot of bowling was carried out by the average spinners or not so brilliant medium pacers. When the four-pronged pace attack actually bowled at him, the little master scored at a much lower, albeit not bad average of 40.

It is a healthy average, but there are two problems. One, it is a huge devaluation from the lofty high 60s, and Gavaskar comes down in the middle of the performers instead of towering over them in terms of conquering pace. Fans who have placed him on the pace-pedestal cannot accept the sudden fall of their demigod.

Secondly, the number was bloated by two hundreds in rained-off inconsequential Tests: the Georgetown 147* which had India starting their first innings on the final day; and the Chepauk 236*, for all the 0-for-2 talk, had more than half the duration of the match sucked out by rain and desultory cricket before India got a hit. By the fourth afternoon the West Indians were going through the motions.

A detailed analysis of respective batsmen against West Indian pace can be found here. And from the numbers we find Wasim Raja, Graham Gooch, Martin Crowe, Robin Smith and quite a few others ending well ahead of Gavaskar against the famed pace-battery.

However, the mythology of Gavaskar against pace is so strong that the fan cannot believe it. And it is then that the helmet comes to the rescue .

Here is how a dialogue generally runs:

Gavaskar averages 65 against the West Indies with 13 hundreds. Against that attack it is more than awesome.

You do know that Gavaskar actually averaged just about 40 against the four-pronged attack, right? And 30 in their backyard? Only 3 of the hundreds came against the attack brandishing four fast bowlers.

What are you saying? All the things I have believed for all these years

Most of those 13 hundreds and mountains of runs were scored against Uton Dowe, Norbert Phillip and others. Weak attacks of 1971 and Packer-era 1979.

Have you forgotten chasing down 406?

That was mostly against the spin of Albert Padmore, Imtiaz Ali and Raphick Jumadeen.

Who are those guys?

The pace revolution, four-pronged attack, came after that 406 chase. After that, unless one counts the Kallicharran led tour of the second string side during the Packer era, his numbers do not read that brilliant.

Here are the stats.

How did they mean so much when the average was 65 and number of hundreds 13?

Numbers tell you only so much.

When it confirms your beliefs?

No, not that. You must be able to measure fear.

What does that mean?

Yes. All those batsmen with better averages wore helmets. Gavaskar did not.

So what about it?

But they amounted to the same number of runs, with or without helmet.

So he has to be given higher marks for scoring less runs, having less average.

No one asked him not to wear a helmet, you know.

It was his greatness as a batsman that enabled him to play without a helmet.

Even if that meant his scoring less runs and the team suffering because of it? We should give him higher marks because he scored less without helmets and we assume he would have scored more with a helmet that he chose not to wear.

Right. As I said, one cannot measure fear.

You know he did not wear a helmet because his neck was weaker than usual and would not have supported the weight.

That s rot. He did not wear a helmet because he had the technique and confidence.

So let me get that straight. Gavaskar might have scored more if he wore a helmet, and chose not to. Therefore, his performance is better than all the others who scored more and averaged better than him while wearing a helmet?

Finally, no one wrote a calypso on Wasim Raja. They did on Gavaskar.

Of course. Who can argue with that? 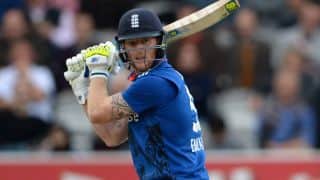 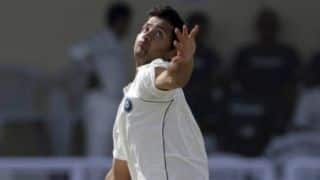