For the last decade or so, the doomsayers and the apocalyptic prophets of the world have been predicting the extinction of the fast bowlers tribe. 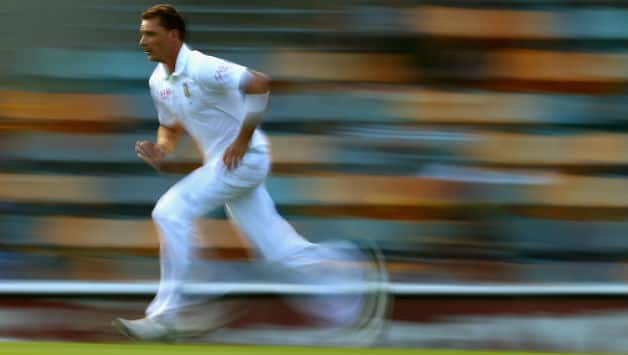 Even if he is bowling the last over of the day, Dale Steyn can steam in and bowl at 90 mph © Getty Images

It is 17th of January, 2005. England is playing South Africa in a game of cricket. Just tell me, what is great about it, as a game of cricket seems to be played on all 365 days. Who knows, a game of cricket may be held on Mount Roraima located on the triple border point of Brazil, Venezuela and Guyana. The reason I am so hell bent on reminiscing about that day is; I saw the debut of a great fast bowler.

For the last decade or so, the doomsayers and the apocalyptic prophets of the world have been predicting the extinction of the fast bowlers tribe. The Test debut of a bowler by the name of Dale Williem Steyn against England in 2005, gave renewed hope for cricket fans all over the world that all is not lost.

So, who is this Dale Steyn? A child who grew up in a family with a rich cricketing heritage? A typical Saffa boy, who came through the ranks? If you trace Steyn’s childhood days, it can be noticed that he didn’t come from a cricketing background, and neither was he born with a golden spoon. His father worked in the mine and Steyn, unlike some of his teammates, went to a local school. When Steyn made his Test debut, he didn’t have enough money to buy a pair of shoes, and had to beg to his senior teammate Shaun Pollock for money. Steyn, though, had one great gift bestowed upon him by God and that was to bowl fast. With hard work and perseverance, he has used that gift to great effect.

His international career hasn’t been smooth sailing. Early in his career, he has had his fair share of ups and downs. He started his Test career on a great note by uprooting the stumps of England’s swashbuckling opening bat Marcus Trescothick. In the second innings of that Test at Port Elizabeth, he went one better; by bowling a 90 mph quick delivery that swung late away from the right-handed batsman Michael Vaughan, and made a mess of the stumps.

Just bowling fast and uprooting the stumps? Cricket looks easy doesn’t it? Steyn though, was in for a bit of shock treatment. It wasn’t a 440 volt electric shock, but a 440 volt willow shock. Trescothick exacted revenge for that first innings dismissal at Port Elizabeth by slaughtering Steyn and company at Wanderers. Worse was to come, as at the end of 2005, on a trip to Australia, Phil Jaques took a liking to Steyn’s bowling in a one-day game at the MCG (Docklands). Steyn ended up with rather unflattering figures of five overs for 58 runs.

Richard Pybus, who has worked closely with Steyn says, “It wasn’t all plain sailing. He got absolutely butchered in an ODI in Australia – ‘traumatised’ may not be too strong a word. He came back from that experience and I remember his saying to me, ‘That is never going to happen again’. Firm and defiant.”

Just like a true champion, Steyn was able to wade through all those swamps and marshes that came his way, and achieved success as a fast bowler. In 2006, Steyn had a good time against the Kiwis and took a five-wicket haul in Sri Lanka, but the coming of age of Steyn was in Pakistan the following year. South Africa had decided to drop Pollock and look for a young fast bowler to lead the attack. Interestingly, it was Morne Morkel who was chosen to lead the attack. Unfortunately for Morkel, he got injured and that paved the way for Steyn to shine. In the years to come, Morkel and Steyn would form a fearsome pair of fast bowlers; dismantling the opposition battalion made up of batsmen ruthlessly.

In that series in Pakistan; by bowling fast and reversing the old ball, Steyn ripped through their line-up at Karachi and finished the series with nine wickets at under 25. His performance on wickets that were as dead as a dodo; made the entire cricketing world sit up and take notice of Dale Steyn. Since then, he has been a different kettle of fish. Let it be flat tracks like Nagpur, MCG and Oval or, tracks with pace and bounce, he has been a thorn in batsmen’s flesh. This gazelle is unique as it carries a M16 rifle to shoot down the batsman. It even glares at the batsman with eyes that resembles that of a lion © Getty Images

Steyn’s 10-for at Nagpur, 2010, has already sealed its place in the folklore of cricket as one of the greatest spells in the history of Test cricket. The track didn’t have much in it for the quicks, but with sheer speed and swing, he bulldozed through India’s much vaunted batting line-up. There was also an interesting story of the ball being changed during the tea time.

Steyn about the ball change, “There was a ball change around tea time (it was actually a couple of overs before tea), the seam had split open…we came back after tea and the ball looped around a bit. It [change of ball] was a good thing.”

Whatever might have been the reason for Steyn’s great spell, the fact is to hoop the old ball around corners at pace, and take a 10-wicket haul on a flat track requires great skills.

So, what makes Dale Steyn such a major threat in any form of cricket? I believe, Steyn is one of those few modern day bowlers who keeps it simple. His main weapon is that out-swinger. The natural variation off the pitch; which helps Steyn to move the ball the other way keeps the batsman guessing. When you bowl at 90 mph and swing it late with good control, there isn’t much of a need to experiment. Just like any true great fast bowler, he has an extra gear in terms of speed. Even if he is bowling the last over of the day, he can steam in and bowl at 90 mph.

When Steyn is steaming in and bowling 90 mph thunderbolts, he makes you feel he is a gazelle in disguise. This gazelle, though, is unique as it carries a M16 rifle to shoot down the batsman. It even glares at the batsman with eyes that resembles that of a lion. A unique gazelle indeed!

What makes it more incredible is the fact that Steyn rarely gets injured. He is a lean mean machine, who doesn’t head to the knackers yard like some of those gym-fit fast bowlers. He’s an athlete to the core and a thoroughbred fast bowler. The South African board has to be commended for managing his workload better than other boards.

Steyn is, no doubt, an all-time great. In an era when batsmen have ruled the roost, he takes five wickets every Test at a strike rate of under 42. He didn’t have a great 2012, but most modern day bowlers will settle for an average of 29 and almost four wickets per Test in a year.

(Bharat Ramaraj, an MBA in marketing, eats, drinks and sleeps cricket. He has played at school and college-level, and now channelises his passion for the game by writring about it) 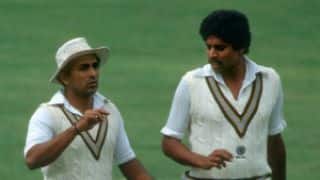