Kaneria was named as the one to have influenced the result of a Natwest Pro40 match.

Danish Kaneria is a bowler who conjures up images of a leg-spinner with a frog-like action in most Pakistani fans’ minds; sadly, he has now faded into obscurity thanks to his involvement in the infamous 2009 spot-fixing scandal in English County cricket. The man who once was hailed as one of the most promising players to have emerged from the Pakistani cricket stables now sadly is fighting a losing cause in order to acquit himself of the charges leveled against him by the England and Wales Cricket Board (ECB) five years back and the life-ban imposed on him has already stalled a career which once upon a time looked rosy and promising. Vineet Varma takes a look as to how Kaneria’s time as a Pakistani cricketer looks almost finished at this moment in time and what he can do to salvage of what may remain as ruins of a brief and fledgling career.

Flashback to 2000; it was Pakistan facing England in a Test match at Faisalabad; the home side had a young leggie by the name of Danish Kaneria who, was making his debut against the Nasser Hussain-led side. Pakistan had scored a respectable 316 in their first innings and had put the Englishmen to bat on a wicket which was more suited to spin rather than pace.  The opening pair of Michael Atherton and Marcus Trescothick had looked in good nick for the visitors and the stage was set for England to launch an assault on the Pakistani bowlers until skipper Moin Khan tossed the ball to Kaneria.

The first ball from the leg-spinner was played well by Trescothick; the batsman was gaining confidence as the match progressed; the next ball from Kaneria, a well-disguised googly, had the former baffled as he got out stumped by Moin and thus a statement of Pakistan having a quality leg-spinner in their ranks was emphasized. Though the match later ended in a dour draw and Kaneria finished with only a mere two wickets for all his efforts, Trescothick’s first-innings dismissal was an indication to the world that Pakistan had produced the next great leg-spinner.

Kaneria finished the series taking four wickets overall at an average of 54.25, figures which belied his talent and thus ended Pakistan’s search for a genuine leg-spinner since the good old days of Abdul Qadir and Mushtaq Ahmed. Or did it? If one looks at Kaneria’s career from a statistical point of view then definitely the answer to the above question will be a resounding yes as the he went on to represent Pakistan in 61 Tests with an impressive 261 wickets, figures which are outstanding to say the least.

Even Richie Benaud had once praised Kaneria’s googly to be one of the best he had ever seen in world cricket, a compliment which deserves to be preserved by any bowler worth his trade. The best of Kaneria was yet to come as he managed to cement his place in the Pakistani side courtesy his impressive performances at both international and domestic levels and turned into a weapon which Pakistan could unleash on opposition batsmen irrespective of the conditions. His best moment had come in 2004 when he took ten wickets against Sri Lanka in a Test at Karachi (including seven for 109 in the second innings), thus setting up a six-wicket win for his side.

That performance proved that Kaneria could deliver the goods even against quality opposition and the stage was set for him to turn his career into a blossoming if not legendary one. But as it happens with all heroes, there comes a time when they fall down hard due to some known or unknown reason and whether they rise or not is all but a matter of character; Kaneria’s fall came in 2010 when he was indicted on charges of fixing a game during the previous season with English County side Essex and was later handed a life-ban for his ‘crime’ by the England and Wales Cricket Board (ECB).

Kaneria was named as the man along with another English cricketer Mervyn Westfield to have influenced the result of a Natwest Pro 40 match which led to his subsequent ban from English cricket. The biggest blow, however, came when the Pakistan Cricket Board (PCB) decided to not include him in any of their plans for the national team after that blemish and thus the door of opportunity for redemption was firmly shut on Kaneria’s face. With his fledgling career all but over Kaneria turned to domestic cricket in Pakistan for respite and started taking wickets by the bagful with hopes of making a comeback in national reckoning.

But as luck would have it, his appeal against the ECB’s ban was rejected in 2013 with the ECB claiming him to be a ‘disgrace’ to the game. As the current scenario stands Kaneria has, in all probability, lost both his battles with the ECB as well as time as he finds himself submerged in a quagmire which may well swallow him before he gets out safely and save his precious skin.

Though he may never reclaim his glory days of yore as things currently stand for him, the best that Kaneria can do is to try and get the ban upheld or even overturned which if done successfully may at least give him one last chance to salvage his ruined career.

And if he does manage to make a comeback to the Pakistani side putting all his legal and off-field worries aside, this generation may yet see a great leg-spinner putting one last roll of the dice and try to go off into the cricketing sunset amidst a blaze of glory! 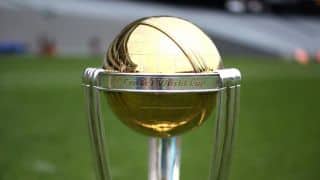 ICC finds no evidence to support allegations made by David Becker on Haroon Lorgat, ICC