New Zealand are often dubbed the dark horse’ of international cricket, competing with the top teams despite not being blessed with the kind of world class talent possessed by other nations. A prime example of their sporadic brilliance came in the two-Test series in Sri Lanka, a country renowned for being tough for touring sides, particularly those from outside the subcontinent. 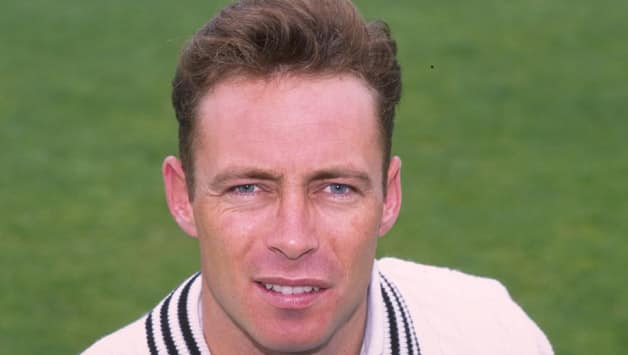 New Zealand are often dubbed the dark horse’ of international cricket, competing with the top teams despite not being blessed with the kind of world class talent possessed by other nations. A prime example of their sporadic brilliance came in the two-Test series in Sri Lanka, a country renowned for being tough for touring sides, particularly those from outside the subcontinent.

After being trounced by 10 wickets in three days in the first Test, the Black Caps fought back brilliantly at the P Sara Oval to record their first Test win in Sri Lanka since 1998. One of the key catalysts for this remarkable victory was the Kiwis’ penetrative pace attack which was able to flourish in traditionally unfriendly conditions. Trent Boult, Tim Southee and Doug Bracewell took 17 wickets between them, in complete contrast to the Sri Lankans whose spin duo of Rangana Herath and Suraj Randiv did most of the work when the hosts were in the field.

With 286 international wickets to his name and a seat in the commentary box subsequently, former New Zealand fast bowler Danny Morrison is perfectly placed to provide an insightful analysis on the up and coming fast bowling talent in the country. In an exclusive interview to Pakpassion.net, Morrison gave his thoughts on the pace trio that was so successful for the Black Caps in Sri Lanka last month.

Despite the heavy defeat in the first Test, New Zealand’s batsmen were able to rack up 412 in the first innings of the next game thanks to centuries from Kane Williamson and Ross Taylor, before the bowlers got to work. Tim Southee and Trent Boult, a right and left-arm bowling combination, took nine first innings Sri Lankan wickets, giving the visitors a 168-run lead, from which point they were always in the driving seat. Morrison acknowledged New Zealand’s fight back and stressed how impressed he was with the two quick bowlers, drawing comparisons with Pakistani greats, Wasim Akram and Waqar Younis.

“They bowled pretty much well in that one innings they could have a go in Sri Lanka, where Southee got his rhythm right and his seam presentation with the ball. He swung the ball out again which was very impressive, and had a left-hander to complement him, a bit like having a left-right hand batting combination opening the batting. You’re always successful and you only have to look back at the two Ws. You had Wasim Akram and Waqar Younis who were just phenomenal – a right-left hand combination was absolutely deadly. Those guys are certainly not their class, and would do well to even get near that, but certainly Trent Boult has seam presentation and ability to swing the ball and is comfortable about bowling left arm around the wicket, not all left-armers are. He’s certainly following in what Wasim Akram initiated, left-arm around the wicket, swinging it, trying to reverse the ball, very exciting.”

Southee currently averages 35 with the ball in Test match cricket, but he is certainly showing an upward trend having averaged under 20 in three of his previous four Test series. He has also proved to be very handy in ODI and T20 cricket, where his subtle variations have often outfoxed the batsmen. Boult, his opening partner, has only just begun his career, but with 26 Test wickets in eight games at an average under 30, he is certainly one to watch for the future. As Mahela Jayawardene, Thilan Samaraweera and Angelo Mathews will all testify, he has the ability to send the big names back to the pavilion. 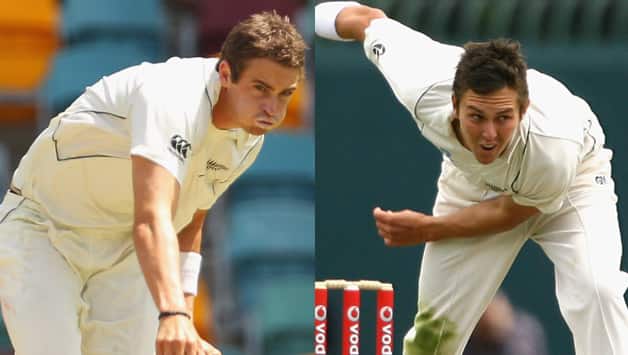 Every pace bowling partnership needs adequate support to be successful, and 22-year-old Doug Bracewell provided all that and more in victory in Colombo. Despite being a bowler that prefers to hit the deck, Bracewell was able to maintain the pressure on the Sri Lankan batsmen, particularly in the second innings where he bowled 13 overs for 13 runs, and picked up the key wickets of Jayawardene and Kumar Sangakarra. Morrison believes that Bracewell could be a handful on more seamer friendly wickets, and clearly felt that the future of New Zealand’s fast bowling is in safe hands.

“The other one is Doug Bracewell, a different style of bowler. He’s more into the pitch and probably suits bowling in bouncier conditions in Australia or South Africa, and on certain pitches in New Zealand where it can go through” stated Morrison. “So he’s an exciting strong guy, only 22, Boult’s 23 and I think Southee’s turning 24 this December. And then the other guy Adam Milne, who played a one day international at Hambantota during New Zealand’s tour of Sri Lanka, he can get up to the mid 140s (kph). He’s another talent, so running into Shane Bond who’s now the bowling coach of the Black Caps, it’s a very exciting time for him and the guys around him.”

With the workload of international cricketers becoming heavier day by day, it has become vital for sides to build up their bench strength in case of the inevitable wear and tear of their fast bowlers. In recent months, the Australians have suffered due to injuries to Ben Hilfenhaus, Pat Cummins, John Hastings, Josh Hazlewood, James Pattinson and Ryan Harris. Morrison was adamant that New Zealand must build a battery of fast bowlers if they are to be successful in Test cricket.

“Moving forward in the next two years, getting their act together to take 20 wickets to win a Test match is paramount. So you need that bowling arsenal, and quite a group of them so if someone does break down you’ve got someone who can step in and fill that void quickly and do the job,” concluded Morrison.

New Zealand’s next assignment is a tough tour to South Africa, the world’s number one Test side, and if Danny Morrison’s take on their pace bowling trio is accurate, then the powerful Proteas batting line-up may have a real challenge on their hands.

The tour of South Africa which consists of three T20I games, two Test matches and three ODIs, is scheduled to start at Durban with the first T20I on December 21 and concludes on January 25 with the last ODI in Potchefstroom.