A pedigree cricketer who worked wonders for the balance of the side, Dattu Phadkar is one of the seven players who are to be posthumously honoured by BCCI. Arunabha Sengupta looks back at the career of the cricketer who succeeded Amar Singh and preceded Kapil Dev as the medium paced all-rounder of India. 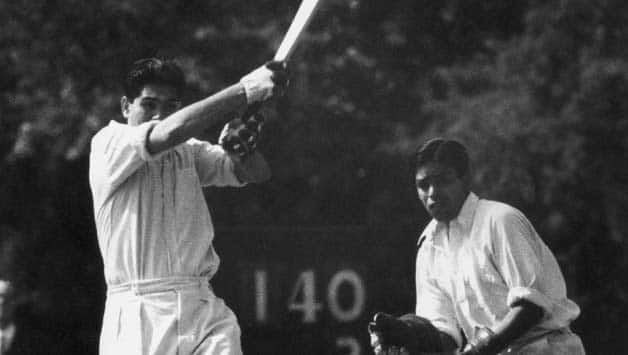 A pedigree cricketer who worked wonders for the balance of the side, Dattu Phadkar is one of the seven players who are to be posthumously honoured by BCCI. Arunabha Sengupta looks back at the career of the cricketer who succeeded Amar Singh and preceded Kapil Dev as the medium paced all-rounder of India.

When the Indian team went Down Under in 1947-48, they were predictably routed 0-4 by Don Bradman s Australians. Yet, the depth of all-round talent in the team was remarkable.

Vinoo Mankad was identified as a world class all-rounder able to walk into any side in the world. Vijay Hazare was a batsman of rare class who could also bowl medium pace, well enough to dismiss Bradman and end with four for 29 at Sydney. Lala Amarnath failed in the Tests, but his exciting batting drew crowds to the games, and he was more than a handful as a medium-pacer.

Finally, there was Dattu Phadkar, who made his debut during the series. Indeed, one can say he was the find of the tour. Making his debut in the second Test at Sydney, he walked in at No 8 on a difficult pitch with the score reading 95 for six. He was the last out at 188, having scored a valiant 51. And when Australia batted with the wicket at its worst, he picked up three for 14 off 10 overs, combining with Hazare to skittle out the best batting side in the world for 107. The match ended in a draw because of rain.

As the tour moved to Melbourne for the next Test, India embarked on their sequence of three losses in a row. Phadkar picked up just one wicket for 80, but had the great Bradman leg before for 132. And promoted to No 6, he hit an unbeaten 55 as the rest of the batting collapsed around him towards the later stages of the first innings.

At Adelaide, he batted at No 7 and scored 123, adding 188 with Hazare. It was followed by an unbeaten 56 in the final Test at Melbourne.

Phadkar finished the series heading the batting averages with 314 runs at 52.33 and eight wickets at 31.75. India rejoiced at the arrival of another genuine all-rounder, who hit hard while batting and moved the ball both ways.

The signs of greatness continued when West Indies visited India. Phadkar scored 41 at Delhi, 74 at Bombay, and followed it up with 48 with the bat and seven for 159 with the ball at Madras. In the famously exciting final Test at Bombay, he took India to the brink of victory with an unbeaten 37 as the home team finished at 355 for eight chasing 361 for a win.

When England visited in 1951-52, Phadkar was still at the top of his form. At Calcutta, he scored his second century 116 and also captured four wickets. And when India won their first ever match at Madras, he contributed a valuable 61.

However, he could not carry on in the same vein. In the disastrous Indian tour of England that followed in 1952, Phadkar took just three wickets at 70 apiece. Although he played one gutsy innings of 64, he could manage just 122 runs in seven innings. It was surprising, because his prodigious swing bowling was expected to reap rich rewards in the helpful English conditions.

It did seem to be a minor blip when he was back at his all-round best at Calcutta against Pakistan in the winter, scoring 57 and picking up five wickets. Unfortunately, he would never score another half century in the six years of Test cricket he would go on to play.

He did travel to West Indies and achieve some success with the ball, but his bat could not recapture the days of consistency. After 1953, his form with the ball dipped as well and he gradually ceased to be an automatic choice for Tests.

He continued playing till 1959, but with very limited success. The end hurtled along when West Indies routed India by an innings and 336 runs at Calcutta and Rohan Kanhai took him to the cleaners. He finished with none for 173, following it up with insipid innings of 3 and 35.

His final figures were but a pale shadow of his initial promise. But, 31 Tests for 1229 runs at 32.34 and 62 wickets at 36.85 is creditable given the period in which he played for a weak side during their initial years.

His aggressive run making and incisive swing bowling did achieve more success in the arena of First-class cricket. In Ranji Trophy, he captained Bombay and scored 1920 runs at 46.82 with a highest of 217, and took 216 wickets at 16.61.

His performance may have deteriorated during his final days, but he was the medium-fast bowling all-rounder who formed the crucial link between the initial days of Amar Singh and the glorious later period of Kapil Dev.

Finally, for a decade, he did keep the feeble flame of medium-pace bowling flickering in India, taking it over from Mohammad Nissar and Amar Singh and passing it on to Ramakant Desai. 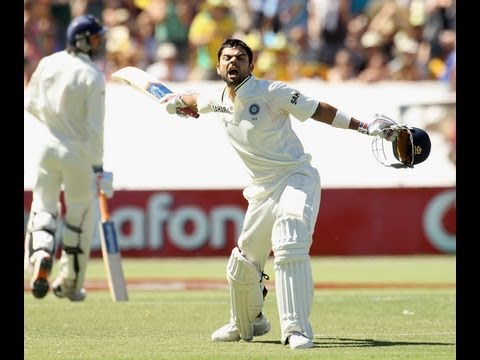 I want to play every Test match: Virat Kohli