Who can resist a man who pens a love letter detailing Jim Laker s 19 for 90?

Not too many people have composed love letters that speak eloquently about Jim Laker s feat of 19 for 90 at Old Trafford, 1956.

But then, for David Frith, cricket, life and love have always been one and the same.

The doyen of cricket writers celebrated his 81st birthday on March 16, 2018. Here is what he had told us earlier about that landmark letter to the lovely Oriel Christina, who later became known as Debbie, and subsequently became Frith s wife.

It was 1956. I d just met Debbie when I was serving in RAAF, 700 miles north of my home in Sydney. And it was time to go home, but as you can now see, we have stayed together. We got together again and got married and had children.

But back in 1956, I had returned to Sydney after my Air Force service, and it broke our hearts. At the same time cricket grabbed me by the throat. I was listening to Tests played in England, to John Arlott, Jim Swanton, Rex Alston and I was party to Laker s 19 for 90 at Manchester. I was as excited as anyone else, even though I was at the other side of the world.We wrote to each other every day for quite a few weeks, until Debbie came down to Sydney and we got engaged, and we got married.

It was in July that Jim did his 19 for 90. I had to tell my girlfriend all about it. She wasn t very familiar with cricket. But after all these years she probably knows as much about cricket as any woman is likely to know. Probably her eyes glazed over when she opened the letter and then found that it was all about Jim Laker. But, there have been some who have said that it s very likely to be unique. How many love letters contain the details of Jim Laker s 19 for 90? I don t know, we ll never know.

Will it be accurate to say that Debbie became Laker s 20th victim in that Old Trafford Test? 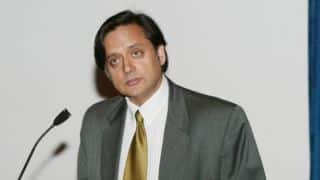 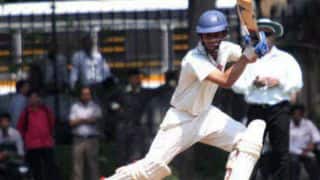