David Hussey, born on July 15, 1977, is a batting all-rounder who has played for the Australian ODI and T20I teams, and is a specialist limited-overs player. Jaideep Vaidya goes through the career of the younger of the Hussey brothers. 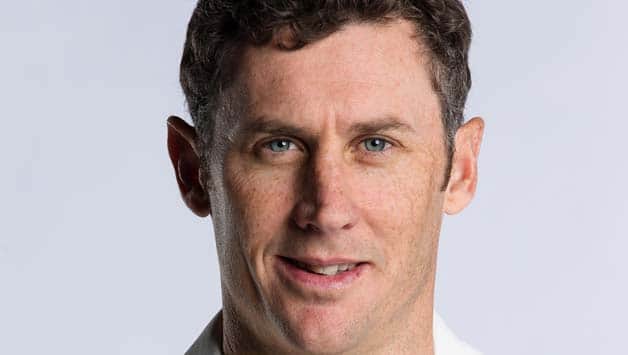 David Hussey, born on July 15, 1977, is a batting all-rounder who has played for the Australian ODI and T20I teams, and is a specialist limited-overs player. Jaideep Vaidya goes through the career of the younger of the Hussey brothers.

It’s not often that you find a player with a First-Class average in the fifties who hasn’t played Test cricket for his country, outside India of course. David Hussey, younger brother of Australia‘s favourite son Michael Hussey, had to pile up tons and tons of runs in the domestic circuit before getting a call-up to the national side. However, unlike his brother, who went on to become an integral part of Australia’s Test, ODI and T20I teams since his debut, David had his share of match-finishing knocks, but could not maintain enough consistency to keep his place in the squad. Plus, age was also not on his side as he made his international debut when he was already over 30 years of age.

In spite of that, Hussey is perhaps the most suited player for the shortest format of the game, Twenty20, that you would ever find. Although he would perhaps not liked to have been tagged as a T20 specialist, his see-ball-hit-ball style, handy part-time bowling and agile fielding makes him a valuable asset in any T20 team, even in his mid-thirties. In the first ever player auction for the Indian Premier League (IPL) in 2008, a relatively unknown Hussey was snapped up by the Kolkata Knight Riders for an incredible $625,000, much more than the sum offered to his more famous brother and then Australian captain Ricky Ponting. He would soon go on to prove why.

Hussey’s breakthrough season was 2003-04 when he scored 212 not out in Victoria’s record-breaking fourth innings chase of 455 that helped them beat New South Wales. He finished the season with 857 runs at an average of 61. Poor form led him to being dropped from the Pura Cup side the following season, and Hussey requested Cricket Victoria to release him to return to his home state Western Australia. However, the request was turned down. In 2005-06, Hussey impressed in the one-day arena when he scored 535 runs at 76.42, including 130 against Queensland and won Victoria’s limited-overs Player-of-the-Year award. The following season, he was back to torment New South Wales with a match-winning 125 in the fourth innings as his side chased down 360. Finally, his first 1000-run season came in 2007-08, which turned out to be his passport into the Australian team.

Hussey was a successful player in the English county season as well. If anything, he was much more prolific playing in England than he was in Australia. He started his English cricket career at the Horsham Cricket Club in Sussex. However, since 2004, he has played for Nottinghamshire and is their current captain. In his very first season for Notts, Hussey scored 1,208 runs. The following year, he bested himself as he piled on 1,231 runs. He hit 232 not out and two more centuries as Notts won the championship. In the next season, Hussey scored a career best blitz of a 275, which came off just 227 balls including 14 sixes. Needless to say, his record that year was a staggering 1,219 runs at 93.76.

In 2004 Hussey was picked in the Australia A team for a tour of the West Indies, where he scored one century in four one-day matches. Then, in September 2007, Hussey travelled to Pakistan with Australia A and scored two hundreds. He made his Twenty20 International (T20I) debut for Australia against India at the Melbourne Cricket Ground (MCG) in February 2008. Hussey was soon to be picked for the One-Day International (ODI) tour of the West Indies the same year. He made his debut at Basseterre in the fourth match of the series and scored a half-century. In the next match, he blazed his way to another half-century in just 19 balls — the second-fastest by an Australian ever.

It took Hussey 21 innings to bring up his first ODI hundred, in August 2009, against Scotland where he scored 111 off 83 balls. Amazingly, Hussey did not play another one-dayer until England’s tour of Australia in 2010-11. He scored two half-centuries in the seven-match series and also took four for 21 with the ball in Adelaide, even as Australia won 6-1 to avenge a 3-1 loss in The Ashes. The following summer, he became the second-highest run-scorer in the tri-series involving India and Sri Lanka, which Australia won. Hussey scored 439 runs, including five half-centuries, in 11 matches and just trailed behind openers Tillakaratne Dilshan and David Warner on the run charts. It was no mean feat, as Hussey usually came to bat lower down the order. He had carved a reputation of being a finisher of the game.

At the end of the 2010-11 season, Hussey’s First-Class average read a highly impressive 55.27. Yet, he was never picked to play in the whites for Australia. Perhaps he was undone by his own penchant for slam-bang cricket, but the selectors obviously felt he was never cut out for the longer format. However, if his First-Class record is anything to go by, you can’t help but get that ‘what if’ feeling about him. At 36 years of age, at the time of writing, a Test spot is all but out of the reckoning for Hussey. He hasn’t played a one-dayer since January 2013 and a T20I since the 2012 ICC Twenty20 World Cup. Just the one century and 14 fifties in 69 ODIs, and three half-centuries in 59 T20Is does not make for impressive reading. But a player like Hussey cannot be judged by pure statistics as it would be a shame. You would then overlook the fact that he is well capable of doing stuff like this:

Hussey continues to ply his trade with Nottinghamshire and Victoria, and also plays for the Melbourne Stars in the Big Bash League (BBL) and the Kings XI Punjab in the IPL, where he seems content.