South Africa’s David Miller with his valiant performances with the bat is the only positive from their otherwise dismal show with the bat.

There’s nothing kingly about Kings XI Punjab’s (KXIP) show this season but one ranger shone amongst the rest and gave them moments to cherish. South Africa’s David Miller with his valiant performances with the bat is the only positive from their otherwise dismal show with the bat. KXIP’s fortunes are quite contrasting to that from their previous season when they topped the group stages. Now all set to end at the bottom, they have only themselves to blame. However, Miller with little support from others, braved the battle for the Kings as a lone ranger, but the glory still didn’t come.

Miller, a hard hitting middle-order batsman from South Africa, encrypted his name in contemporary cricket with an incredible innings back in the 2013 edition of the Indian Premier League (IPL). In a league game against Royal Challengers Bangalore (RCB), Miller singlehandedly won the game for his team as he scored a gallant century from 38 balls – an innings that gave him international recognition.

Miller had a good run in the World Cup 2015 but didn’t really start well this season but as the tournament settled in, Miller began sparking his magic but his teammates especially his partner in assault of 2014, Glenn Maxwell floundered. It’s a factor that hurt KXIP massively. In their previous encounter against Sunrisers Hyderabad (SRH), Miller confronted the SRH bowling attack with unmatched confidence. He almost won them the match from an impossible situation. A match that remained one-sided throughout was lost by only five runs. Miller scored an unbeaten 89 from 44 deliveries and almost carried KXIP over the line. In this edition, Miller has scored 332 runs at an inspiring strike rate of 134.41.

He played a gem of an innings against Rajasthan Royals earlier this season to keep KXIP in the hunt. His 54 from 30 played a huge role as they tied the game and later won it in the Super Over.  One of the most pivotal reasons behind Miller’s consistency was his astuteness. He accessed the situation and placed his innings accordingly. He realised his need to buy some time in the crease. He shifted his gears as per the situation demanded but unfortunately it’s a team sport and most often he didn’t receive any support from his teammates.

Prior to this tournament KXIP, looked a well balanced side and inspired confidence in all the departments. But somehow, they have failed to contribute as a unit. The bowling has clicked at times but batting has let them down and also their fielding. KXIP have banked heavily on Miller and Maxwell but the latter’s off-form proved crucial. Although KXIP are out of the contest, they will look forward to win their next two games and sign off with some pride. They can be RCB’s party spoilers and for that all eyes will be on Miller, if he can repeat the magic of 2013 against the same opposition at the same venue. 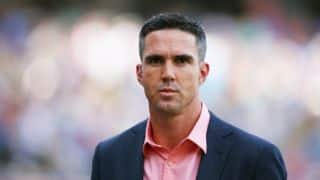