Dennis Lillee had suggested another role for his aluminium bat once it was famously rejected on a cricket field. Unfortunately, it got rejected again.

We all know the story. On December 15, 1979 at Perth, Dennis Lillee had marched out to bat with a piece of willow aluminium that would attain cult status in cricket folklore. The idea had supposedly occurred to Graham Monaghan, Lillee s business partner; he had drawn inspiration from the new metallic baseball clubs.

At that stage it seemed yet another Lillee idiosyncrasy. However, he later confessed in Menace, his autobiography, to it being a marketing ploy of ComBat, the brand.

The incident has been narrated by Arunabha Sengupta quite vividly on these pages. I will provide a quick recap. Once he realised that Lillee was batting with an aluminium bat, captain Greg Chappell sent twelfth man Rodney Hogg to get it replaced by its traditional willowy counterpart.

Poor Hogg was caught in two minds: if he stayed back, he would receive an earful from Chappell; and if he went to Lillee with the request, all I could see was me getting hit over the head with an aluminium bat in front of millions of people on television.

The umpires insisted Lillee had the bat changed. Lillee obliged, but a taunt from Rod Marsh made him change his mind. Then Mike Brearley interrupted play with a complaint. At this stage, after Hogg refused to go out, Chappell walked out himself with a willow bat. Lillee hurled the bat above Chappell s head and continued with his bland wooden plank; and Chappell collected the offensive piece of metal and walked back.

All that is known. What is not as well-known is what Lillee said once he was informed he could not use the piece of metal while batting: It should have been an ideal soup-stirrer bacteria-free and virtually indestructible.

Lillee had probably said all that in jest, but some took up the matter rather seriously. It is not exactly clear whose idea it was to really market them as soup-stirrers: while Monaghan was the marketing man, the idea was eccentric enough (so ridiculous that it comes across as a satirical piece on The Times) to be a Lillee special.

Whatever it was, there is little doubt that Monaghan was left with a consignment of spare aluminium bats he had no clue what to do with. It is not clear who pitched the idea to the West Australian Department of Mental Health, but they did want to test a batch of six aluminium bats: the idea was to find something more durable than the spatulas used to stir huge vats of soup being prepared for patients.

Unfortunately, they rejected it, as per reports in 1982 although they were used longer than they were when compared to the Perth Test. Despite its superiority over the existing spatulas in several respects, the staff complained that they were not as easy to clean. 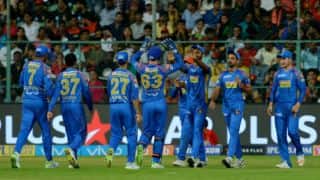 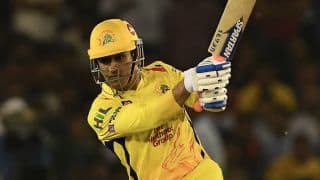