By the time Desmond Haynes ended his career, he was the highest run-scorer in ODIs and also held the record for most number of centuries (17) in the format.

Born February 15, 1956, Desmond Leo Haynes is a former West Indian captain who represented them for over a decade and a half from 1978 to 1994. A prolific opening batsman, Haynes made 116 Test and 238 One-Day International (ODI) appearances for the team. Along with his batting partner Gordon Greenidge, Haynes set a number of batting records. A smart cricketer of inexhaustible stamina and grit, he also served the West Indian cricket in a wide range of roles post retirement. On his birthday, Chinmay Jawalekar looks at 15 facts from the life of the Bajan who started and ended his career with a bang.

1. Early life: Haynes was born in the Holders Hill district of Barbados in a family that had nothing to do with cricket. However, the eldest of three brothers, Haynes picked up the bat as everyone in the area played cricket. He played in the Barbados Under-15 schools competition and made his First-Class debut for Barbados in January 1977.

2. Arrival in style: After a good first season, Haynes made his ODI debut against Australia at Antigua in February 1978. The match saw as many as 14 players make ODI debuts nine Australians and five West Indians. In his first international outing, Haynes made a strong statement with a match-winning 136-ball 148. His knock, which consisted of 16 fours and 2 sixes, eventually helped West Indies win the rain-marred contest by 44 runs. It still remains the highest score ever made by a batsman on debut in ODI as well as the fastest century scored by an ODI debutant.

3. Test debut: Haynes Test debut too was remarkable, when against the same opposition he scored 61 in his team s innings victory. He scored two more fifties in his next two Test innings and soon became a force to be reckoned with.

4. Handled the ball: Haynes was only the fourth man to be dismissed for handling the ball in Test cricket, when in late 1983 against India, he had been struck on the bat and pad by the ball, which then headed towards the stumps. Haynes then redirected the ball away from the stumps with his free hand. The Indians appealed and he was given out. Haynes who was ignorant of the law regarding handling the ball argued with the umpire about the dismissal, but Indians refused to withdraw the appeal and he was thus sent back to the hut.

5. Partnership with Greenidge: Haynes and Greenidge partnership has etched its name in the cricketing lore. The duo played 89 Tests together and walked out to the middle together on 148 occasions. They stayed un-separated on 11 occasions and yielded 6,483 runs at an average of 47.32, inclusive of 16 century stands, the best being 298 against England at Antigua in 1990. The pair sits at the top of the list with most runs scored together in Tests. Matthew Hayden and Justin Langer (5,655) is the only other pair to have gone past the 5,000-run mark.

6. Middlesex legend: Haynes joined Middlesex in 1989 after the unfortunate death of Wilf Slack left a void, both on and off field. His successful association with the team went on for next five years, where he scored heavily and won the respect of both teammates and fans besides the Gold and the Britannic Assurance and Nixdorf Middlesex Player of the Year award on one occasion. He also played a vital role in Middlesex winning the championship in 1990.

7. The record man: By the time Haynes ended his career, he was the highest run-scorer in ODIs and also held the record for most number of centuries (17) in the format. The record for most runs was later broken by Mohammad Azharuddin, while Sachin Tendulkar surpassed him on hundreds. Both records currently lie with Tendulkar. Haynes remains one of only two players in the history of ODI cricket to have scored century on both debut and last match played; the only other being English batsman Dennis Amiss.

8. Carrying bat thrice: Haynes is the only batsman to have carried his bat through a completed Test innings thrice 88* against Pakistan at Karachi 1986-87, 75* against England at Headingley in 1991 and 143* against West Indies at Queen s Park Oval in 1992-93.

9. The forgotten world record last out twice in same Test: Not only is Haynes the only one to carry his bat thrice in Tests, he also holds a unique world record: at Dunedin in 1978-79 Haynes opened batting and was last out in each innings, scoring 55 and 105.

10. Shrewd captain: Haynes captained the West Indies side for a brief period, and in the absence of Viv Richards led the side to Pakistan, where his captaincy style earned rich accolades. He is also remembered for his shrewd tactics on captaincy debut, during which he denied England a victory by indulging in time-wasting tactics.

11. The final hurrah: Haynes career ended just with way it had started; with a bang. He scored 112-ball 115 against England in March 1994 in what turned out to be his final outing in ODIs. In his final First-Class outing on March 10, 1997 for the Western Province; he made 83. Thus, he ended his career just the way it had begun.

12. Cricket connection post-retirement: Haynes has manages to stay connected with the game even after retiring from the game in 1997. He has served as Chairman of Selectors of Barbados Cricket Association, President of Carlton Cricket Club, Secretary of West Indies Players Association (WIPA), Director of the West Indies Cricket Board and coach of Barbados Tridents in the Caribbean Premier League (CPL). In 2005, he was one of the four shortlisted candidates for the role of head coach of the Indian cricket team along with Mohinder Amarnath, Tom Moody and Greg Chappell, who eventually got the job.

13. Senator Haynes: In 2001, Haynes took on a new role, when he was sworn in as a senator in the Barbados parliament. Haynes was not the first West Indies cricketer to take to politics. Former West Indian legends Sir Frank Worrell, Sir Wes Hall and Roy Fredericks had served as senators in Jamaica, Barbados and Guyana respectively.

14. Other interests: Haynes main relaxation is golf, a sport he loves to play after cricket.

15. Biography: A biography Lion of Barbados was published on Haynes life, punning on his middle name ‘Leo’. The book that came out in the year 1993 was co-authored by Haynes and Robert Steen. 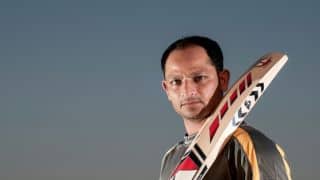