Dhoni incident in Barbados is action replay of Tendulkar in IPL4

Dhoni incident in Barbados is action replay of Tendulkar in IPL4

Dhoni's was adjudged out based on a wrong replay.

Over the last few weeks we had seen the Board of Control for in India’s (BCCI) resistance to the Decision Review System (DRS). They opposed it on the ground that it wasn’t fool-proof and that the ball tracking system doesn’t give accurate results. Eventually, the BCCI and the ICC reached an agreement to implement the DRS to the satisfaction of both parties. Hot-Spot becomes mandatory for the DRS and Hawk-Eye can be used only when the boards involved in a particular series agree. Both parties claim victory over the agreement, but it isn’t anybody’s triumph; it’s more of a compromise.

On the field of action, West Indies and India continued to battle it out in the middle. In the first Test, India were victims of several dubious decisions which were criticized by the Indian captain Mahendra Singh Dhoni. After India won the Jamaica Test, Dhoni said: “If the correct decisions were made, the game would have finished much earlier and I would have been in the hotel by now.”

Some said it is the karma of BCCI’s opposition to the DRS.

The Indian captain was unaware what fate had in store for him in the second Test. Dhoni was given out off a wrong replay in the first innings of the second Test at Barbados. This incident is similar to what happened with Sachin Tendulkar during Mumbai Indians’ Indian Premier League (IPL) match in April which was first reported by CricketCountry.

Let us look at the proceeding in Barbados which unfolded during Dhoni’s dismissal. Fidel Edwards ran in and bowled to Dhoni and he managed to lob it to mid-on, who took a comfortable catch. Ian Gould, the umpire first signaled a no-ball and then asked the third umpire to verify his decision. The replay shown indicated that Edwards hadn’t overstepped based on which Dhoni was given marching orders to the pavilion. It emerged later on that the wrong replay was used which was of a previous (legitimate) delivery.

The broadcaster for the series, IMG Media, has apologized for the incident and called it human error. The match referee, Chris Broad, has accepted the apology and has called it an honest mistake. However, one must remember that in such situations the duty of care that has to be exercised by the broadcaster is of utmost importance. They have to make sure that such mistakes are avoided as in some situations they can change the result of matches. We have been witness to several games where a wicket has made the difference or changed the momentum of the match.

When such referrals are made, the players and the umpires place their complete trust in whatever replay comes before their eyes. If the wrong replay is shown, on most occasions it is very difficult to detect. During the Tendulkar incident it was easier to detect as Tendulkar was at the non-striker’s end in the replay which was supposedly of the ball he had faced. In Dhoni’s case it looked as if the right replay was shown as VVS Laxman was at the non-strikers end and there was nothing else to indicate that a mistake had been committed. It isn’t clear who spotted the error, but the one who did deserves to be congratulated.

It is really good to see IMG Media acknowledge the mistake and apologize. When an umpiring error is committed against an Indian batsman, the wrath they have to face from the media is immense and for this very reason one must appreciate IMG for the way they have accepted the error. They say that it is a human error and said that it “compounded by a senior operative having to return home at very short notice.”

This is the second such incident in two months and comes at a time when the DRS debate rages on. One cannot blame technology for such errors as they are a result of mistakes committed by men operating it. The point to be remembered is that technology is used to reduce the errors and not eliminate them completely. The moral of the story is that technology is after all a human creation and that some human fallibility can trickle down into it. 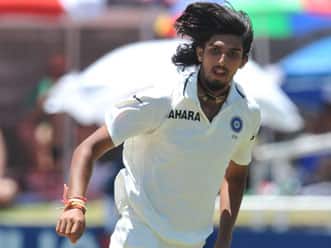