The art of storytelling is gradually becoming a sorry tale.

All hell broke lose when one of the family members or friends especially the ones who did not fancy cricket hit the mute button during a live telecast.

Now, that is blasphemy. There has to be commentary. It is an essential component of televised cricket. Tempers flare if anyone hits that mute button. How can anyone bring himself to do that?

Cricket needs commentary as much as Virat Kohli needs Ravi Shastri. It, in fact, is a blessing in disguise. Shastri s clich s will no longer erase the good words in your vocabulary. You are safe now. You may thank Anil Kumble for being fairly strict with the Indian team, that the commentary box steers clear of Shastri.

But you need volume. Even if you do not understand the accent of an Australian commentator, you albeit illogically stick to it. For years I thought it was magnibson and not magnificent . It is okay. I am not an Anglophone. We Indians are mostly trilingual, and English often came last on that list. Most of us thank cricket for our progress.

You need something to hum your ear drums. If anything, it adds more drama to the match. You cannot deny that. And you had once loved Shastri. Or some of you still do. You cannot imagine MS Dhoni hitting the glory shot, at the backdrop of Wankhede, without Shastri shouting Dhoni finishes off in style. India win. You just cannot picture it without his voice, just like you cannot imagine Kohli without Shastri in the dressing-room.

Then there are the pedants. We Indians woke up early to listen to Richie Benaud. Him pronouncing marvellous as mwavellous brought a smile on your face. We Indians also stayed up late night to hear Tony Cozier articulate Brian Lara s artistry. And every time Syashin Tendulkar in Sharjah pops up, something reminds us of Tony Greg. These men make strolling down the memory a lot easier, don t they?

When there were no television sets, people remained glued to radio. That small, portable machine did wonders. It still does, if you ask me. There are no visuals, but the commentators paint a picture with their wordplay. You have to tirelessly narrate a story without losing enthusiasm.

Yes, a story. Our existence would be futile without stories and even more meaningless without the story-tellers.

Every cricket match is a story, and every match would be utterly boring without a commentator.

However, the trend is, gradually and unfortunately, changing. You still cannot bring yourself to mute that television set, but there are times when you wish someone did that for you when the remote control was out of your reach.

You fight anxiety and your temper flare, because this isn t the same story-telling you once waited for.

What was it like? When Michael Vaughan knocked over Tendulkar with that snorter in 2002, Harsha Bhogle quipped, Oh, what a shame! It is like a soldier who survived the war when all the bullets were flying by his nose and then got run over by a bicycle in his native town.

It is okay. This is Harsha, and not everyone can be as brilliant with analogies as he is. But that is not the point. The commentators these days state the obvious, as if they deciphered a tedious code or solved a mind-numbing riddle. They find pride in their opinions.

India need four runs off the last ball, and the commentator utters, India will lose if Dhoni does not hit a boundary.

Well, really? What was I thinking?

It is understandable that speaking in front of millions of viewers is not a walk in the park. And in an era of social media, you become a source of attracting trolls. There is no mercy. You become an overnight internet sensation good or bad. Sanjay Manjrekar and Rameez Raja know that well.

However, do you need to talk when there is nothing to explain? What exactly is commentary?

A master with the microphone to his lips, Benaud also was well aware of the power of silence, wrote David Lloyd insightfully in an article for dailymail.uk.

I remember talking to Michael Slater, who teamed up with him in the commentary box in his later years. He spoke about one day when Richie did two half-hour stints as one of three commentators, and did not say a single word.

If there was nothing to add to the picture the viewers could see, he wouldn t add to it.

It really pains me now, for example, when commentators start reading out a graphic that has appeared on screen for all to see. It might be the top 10 leading run-scorers at a particular ground, or something similar, and they just read out the list! It s incredibly lazy.

Richie would consider the list, and then say something like: And No. 4 could soon be moving to No. 2. He wouldn t even name names he respected the intelligence of the viewer. And I know how much viewers responded to that. Lloyd makes the picture clearer now.

Benaud had once penned down his eight rules of commentary:

1. Never ask for a statement.

2. Remember the value of a pause.

3. There are no teams in the world called we or they .

4. Avoid clich s and banalities, such as he s hit that to the boundary , he won t want to get out now , of course , as you can see on the screen .

5. The Titanic was a tragedy, the Ethiopian drought a disaster, and neither bears any relation to a dropped catch.

6. Put your brain into gear before opening your mouth.

7. Concentrate fiercely at all times.

8. Above all, don t take yourself too seriously, and have fun.

Most contemporary commentators take the last point way too seriously.

You may like Danny Morrison and his antics, but at times you wish he toned down. He is entertaining. There is no doubt about that. But you have no memory of him providing insights. You mimic him. He is fun. But you do not quote him.

I am certain Morrison would love to narrate how Kohli s cover-drive is poetry in motion. Sadly, noise seems to be a bigger driving force than poetry these days, and Morrison has been reduced to a deafening creature.

Scroll up a bit now and read the fourth point on Benaud s list.

You get the point now? India will lose if Dhoni does not hit a boundary.

Sourav Ganguly sets a good example. Every time there is a discussion, he pauses to describe the delivery before returning to the topic. He makes sure that the viewer is in sync with the match.

However, other commentators are way too busy investing time on untimely anecdotes, opinions, or expertise, and the viewers lose grip over the match. These can be saved for pre- or post-match shows.

Let commentary be commentary. Let it be a simple narration of events as they take place, live. Every wicket or boundary can be a plot twist, but commentators often miss it because they are too busy making a point.

Come to think of it, commentary is as important a job as playing cricket (well, almost), but the art of storytelling is gradually becoming a sorry tale. 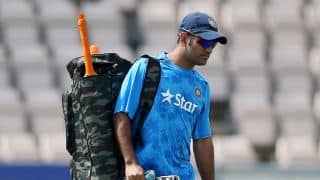 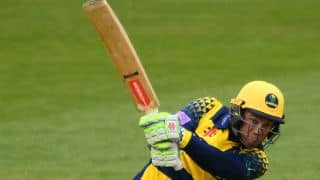