Every time India lands abroad, the opponents talk about how they are only tigers at home. 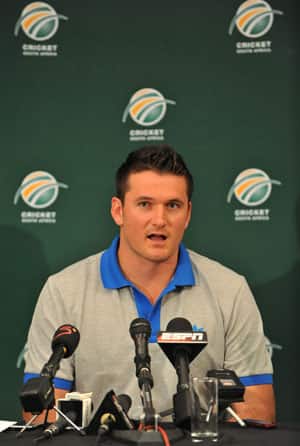 I started watching cricket in the ’90s, and to this day it is one of the few games I track obsessively. I was in high school then. At that age, you generally want to support the best, the ones that win all the time. Like Pete Sampras and Steffi Graf, two tennis players I admired and rooted for at the Slams. Instead, cricket gave me my first lesson in what being a loyal fan was all about. I had to root for India even though they often finished on the losing. Not that it stopped me from weeping profusely when Ricky Ponting’s Australia beat them black and blue in the World Cup 2003 final. I think other Indians who grew up watching cricket in the ’90s would have similar memories of the team.

So, I have been pleasantly surprised by India’s improved consistency in recent times. Out of habit, I expect the team to do badly and collapse in a heap when they play abroad. But they fight hard and manage to take back at least a Test win, if not a series win, from the tour.  I expected India to get drubbed in the recent Test series in South Africa. But that hasn’t happened. Indeed, even if they had lost at Cape Town, there would be no shame in losing such a hard-fought match. They can reflect proudly on their performance at Durban in particular. That makes me wonder: Is it possible that opposing teams, too, underestimate India and end up paying a price?

There are some things that do suggest this may be happening. Every time India lands on foreign shores, the opponents talk about how they are tigers at home and lambs abroad. Graeme Smith, too, had raised doubts about India’s ability to take 20 wickets in a match, which the Indian disproved. I have also noticed references by Pakistani players to how they had the psychological edge over India in the ’90s and, true though that may be, that was in THE 90s!  It is likely, too, that Darren Gough was thinking of the India HE played against when he said England could beat India any day.

But surely these international players know what they we are talking. Why would THEY focus on the past even when there are pointers like Perth 2008 or Johannesburg 2006 to suggest otherwise?  Because, on paper, the team has not changed all that much. In spite of Sreesanth’s improved showing from Durban onwards in this series, Zaheer Khan is still the only name in the bowling line up that inspires any semblance of confidence. Just like how Anil Kumble was the lone ranger in the ’90s.

The batting continues to be India’s trump card. But conditions abroad don’t always simulate those in India and their bowling then struggles. Again, pretty much like the ’90s.  Sure, India’s batting lineup is more reliable now than in the ’90s, but you have to take wickets to win Test matches. So, in theory, India’s bowling line-up has huge weaknesses – a factor that ought to make its current ranking hard to defend. No reason, as such, why rival teams shouldn’t expect to have it easy.

And yet, Indian bowlers manage to do well from time to time. In fact, sometimes they outperform their counterparts as they did at Perth, Jo’burg or Durban. And that is because after every reversal, instead of crumbling, they lift themselves and come harder at the opponent. THAT is what has changed about India. It did not take very long for India to get demoralized and lose hope in overseas contests in the ’90s. Now, not even such massive defeats as the one at Centurion 2010 can crush their morale. Rival teams perhaps don’t expect India to bounce back so strongly and are thus caught off guard. Again, remember Perth and recall Chris Rogers expecting India to be rolled over?

One question still remains: Why do opposition teams NOT expect a strong response if there is so much evidence of India’s grit when they are cornered? Beats me…any suggestions?

India vs South Africa 2010: Durban Test - Another achievement from an unsung hero