What worked for Sourav Ganguly-John Wright may not for Virat Kohli-Anil Kumble. That does neither lessen Kumble s contribution as a head coach or Kohli s credibility as a captain.

Did you notice, Kohli has grey hair in his beard? pointed out my colleague. Well, I had noticed that way before. After all, leading a cricket team is no joke. One has to play his own game, make plans to battle the opponents, face the media after victory, after defeat; that, too, in a country where cricket takes precedence amongst all.

Think of a joint family. Elders, siblings, cousins all have their own point of views over any certain matter. Can you expect them all to agree on everything? Quarrels, clash of personalities and a lot more happen.

Now, think of it as your own family. There is a situation at hand, all are trying to resolve it. Two amongst them are not agreeing on one point. You walk out of your house and find one of those ever-curious neighbours of yours asking you with a meaningful smile, Is everything alright between the two?

What would have you done? Would you have let the confidential matter of your family let out to him knowing that he will spread the word as far as possible and everyone, who would listen to it, by now have started judging the relationship of your family members based on that one incident?

A team, to the cricketers, is no less than a family. They spend the maximum share of their most active period of life with their fellow teammates and support stuff, representing their nation. A cricket team is a unit of 11 individuals, coming from diverse backdrops, having different mind-sets based on their sociocultural backgrounds. If one s family members, their own blood and flesh, cannot agree on everything, is it not rude to believe all in a cricket team will?

However, they still are a family with the curious neighbours in the disguise of media and mass. The neighbours may not in particular mean any harm, but how they represent and accept the quotes of the cricketers affect the image of the team, hence the team members and thus their performances.

So, will you let any third party, who do not even know you personally, talk about your family matters? If not, then why the family called a cricket team would?

Close to completion of his contract as the Head Coach of the Indian cricket team, reports of Anil Kumble s rift with Virat Kohli surfaced. Here, one must remember, both Kohli and Kumble carry very prominent presence of themselves. Kohli is a natural leader who likes to take control of things. Again, Kumble is not among those who would give a nod to every plan that Kohli would have proposed.

There may have been disagreement between the two. However, it is not necessary for every disagreement to go out in public.

Yes, Kohli may have lied in the press conference ahead of their Group game against Pakistan in the Champions Trophy, saying there was no problem going on between him and his coach. But that can be his way to keep his family s secret intact. What would have you done if in his place? Would you have discussed about your minor fights with outsiders?

No brawl can change the fact that Kumble is a legend and Kohli, on his way to create history. However, often two toppers fail to make good friends, but there remains the mutual respect between them.

Kohli, in one of his interviews had credited Kumble for helping him to curb his aggression. I was working on those things already on a constant basis. I wanted to learn from my mistakes and evolve as a person. Anil-bhai coming into play channelled it much better in terms of his experience.

Apart from that, what he has really brought into the side is the mind-set of taking wickets as bowlers. He was a spinner but used to think as a fast bowler, he was that aggressive with his thinking. That s why he ended up taking the highest Test wickets (619) for India. He was an out-and-out match-winner and the mind-set rubs on to the players in the change room as well. There is so much to learn from him especially for the bowlers.

The way he thought about getting batsmen out, the way he used to set them up. And the way he worked on his fitness and skills as well. So everyone takes a lot of inspiration from him. He has been a legend of Indian cricket and we are really glad to have him in the change room, was what Kohli said on how he looks up to Kumble.

Kumble, too, had taken stand for Kohli when he was accused of ball-tampering during India vs England Test series. Kumble said, First of all, I don t want to react to any reports in the media. As far as I am concerned, the umpires or the match referee never ever came to us talking about it. It is certainly something we will not like to give much wind about. As far as I am concerned, there is nothing to worry about. People can allege, they can write what they want in the media. As far I am concerned, there is nothing that our players are a part of.

Even after being made the villain behind Kumble s resignation, Kohli did not forget to show his respect for the senior.

I have total respect for him as a cricketer and what he has achieved for the nation. All the years that he has played. There s no taking away that aspect of him at all. And we all respect him totally.

Since the rumours of both not being in agreement started doing rounds, many reports surfaced of unpleasant events inside the dressing room. If thought through, there is very little chance of anyone apart from the players, coach and support stuff to be present inside the dressing room. Are cricketers and the support staff so insensitive to spill out their own confidential matters in media? Most reports have quoted BCCI officials. The possibility lies that the friction between the bigwigs was reported to the BCCI, and the mole/moles resided in the governing body that leaked out the private matter.

While coaches have usually got their extensions of their contract, BCCI advertised the coaching position ahead of Champions Trophy. And there opened the Pandora s Box.

Also, if it s reported that Kohli and Kumble were not in speaking terms since January, why did the matter surface out so late?

How would the head of the family react to an interpersonal dispute? Couldn t the BCCI played a better role in mediation? Or was the board itself was a catalyst to the cause? All of the following did not go well with the BCCI: Kumble s proximity with CoA, his proposed new payment structure for coaches and his mistimed quote on playing Champions Trophy when BCCI and ICC were at loggerheads due to revenue sharing.

BCCI have made headlines mostly for the wrong reasons. Coming to the family context, do parents act that way? BCCI needs to understand their responsibility in handling sensitive issues.

Meanwhile, the media or let s say the so-called well-wisher neighbour did not let go of an opportunity to pounce on the dangling luscious subject. They are the bridge between the celebrities and the mass. Any wrongly represented quote can make or break an individual s image in front of the mass.

Again, Kohli might have been victim of his own aggressive nature. People tend to be judgemental. They assume based on whatever they know, which also might be half the truth.

While Kumble chose to clarify what had happened between him and Kohli, the latter remained tight-lipped about the entire episode.

Obviously Anil-bhai has expressed his views and he has taken a decision to step out and we will respect that decision. It s something that has happened right after the tournament. One thing for sure is that I have had 11 press conferences that have happened during the Champions Trophy. We have created a culture over the last 3-4 years that whatever happens in the change room, we have tried to maintain the sanctity of the change room throughout. That is what the whole team believes in. For us that is paramount.

While he may have chosen this to keep the team going despite the turbulence, it did nothing to revive Kohli s image of a villain. Some still demand him to be sacked as captain.

What worked for Sourav Ganguly-John Wright may not for Kohli-Kumble. That does neither lessen Kumble s contribution as a head coach or Kohli s credibility as a captain. Let us not forget, under Kumble s tenure, India found great success across formats. This, without a good captain and a good coach, would have been a far-fetched dream.

Finally, a captain is also a representative of his team. Based on what has been known so far, it is best not to blame Kohli solely for what has happened. Let us respect the decisions of the individuals. That is what both Kumble and Kohli must have wanted. 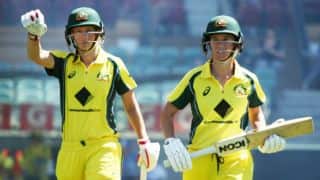 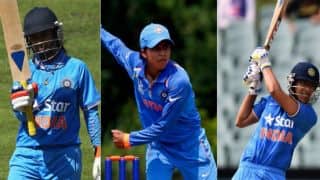