Dolphins in CLT20 2014 Preview: South African champions can be a surprise package

Dolphins in CLT20 2014 Preview: South African champions can be a surprise package

Dolphins don't have big names in their ranks but can surprise quite a few.

South Africa’s Ram Slam T20 champion Dolphins will be making their Champions League (CLT20) debut in this edition. There are hardly any big names in their squad but this team have the potential of surprising a few people. Sandipan Banerjee finds out what the South African champions are capable of.

When Dolphins won the Ram Slam T20 this year, it came as a surprise for the South African cricketing fraternity as they did not had the big names like the Cape Cobras or the Warriors had. In terms of impact players, they mostly relied on David Miller and Kyle Abbott. With Miller opting to play for Kings XI Punjab (KXIP) the Dolphins squad will miss the services of their explosive batsman, but Abbott’s presence in the bowling line-up gives them some international quality.

Captain:Dolphins will make their Champions League debut under former South Africa wicketkeeper-batsman Morne van Wyk, who has previously turned out for Kolkata Knight Riders (KKR). One of the most experienced players in the team, van Wyk has played 13 One-Day Internationals (ODIs) and three T20Is for South Africa. His experience of playing in the sub continental conditions will be handy for the Dolphins.

Key Players: Apart from van Wyk, Abbott will be another key player for the South African team. His recent experience with the national team will help him. Beside him, Vaughn van Jaarsveld, the middle-order batsman is going to be one more key player for the Dolphins. He played few ODIs and T20s for the Protease and regarded as a young talent who can be regular member of the national team. Van Jaarsveld has recently represented South Africa A side in the Tri Series in Australia. This team will also look forward towards Jonathan Vandiar, who is another young, talented and aggressive batsman.

Strength: The fact that they have been one of the lesser-followed team makes them a surprise package. This may come as Dolphin’s biggest advantage. Like any other South African team, fielding will be the strength of this young bunch. Also apart from the talented players, Dolphin have one more big plus for them: this team is coached by Lance Klusener, no less, who will guide the young players about the Indian wickets and how to play on these wickets.

Weakness:  Losing Miller has been the biggest setback for Dolphins. Lack of international experience in the middle order can also cost them, especially while playing against big guns like Chennai Super Kings (CSK) or KKR. This team does not have a good international quality spinner either, which is essential for playing any tournament in sub-continent.

Dolphins will start their campaign against the Australian big bash runners up, Perth Scorchers at Mohali. Later they will play two of the most successful IPL teams, CSK and KKR along with one of the Qualifiers.  Looking at the teams in group A it seems qualifying for the semifinals will be tough for this young team, but cricket is a funny game and this team have all the potentials to surprise us. 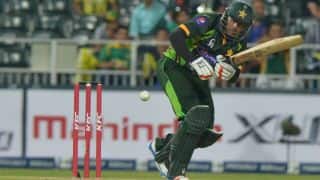