Lahore Lions have had a disappointing run in the group stage of CLT20 2014 so far.

The Lahore Lions have had a disappointing run in the group stage of the ongoing Champions League T20 (CLT20) 2014 so far. The Pakistani side lost an important fixture against Kolkata Knight Riders (KKR), while their second game was washed out without a ball being bowled. Amit Banerjee takes a look at the eleven ‘Lions’ that the Lahore team may possibly field for the match against the Dolphins on Saturday.

Nasir Jamshed: The 24 year-old opener from Lahore will be eager to break his dry run with the bat which has continued for quite some time now. Jamshed is otherwise known to be consistent in that position and has been a part of many important partnerships for the national team.

Ahmed Shehzad: Shehzad is without a doubt one of the most prolific young talents for Lahore as well as for the Pakistani team. Apart from being among the top five run-getters in the tournament so far, Shehzad helped Lahore get off to a decent start against KKR, and contributed with a 42-ball 59 that included five boundaries and four sixes. Shehzad will be expected to play a crucial part in saving the Lahore Lions from elimination by repeating his batting exploits.

Mohammad Hafeez: ‘Professor,’ as he is affectionately known amongst his team-mates, Hafeez had a disappointing outing against KKR in the previous match, where he managed to score only nine runs from 15 balls. Hafeez is known for his leadership abilities, having led the Lions to a victory in the domestic Pakistan T20 Cup earlier this year. The 34 year-old all-rounder has been otherwise consistent with both the bat and the ball in the recent past.

Umar Akmal: No team is complete without a wicket-keeper, and Akmal in this case is pretty much the safe choice, if not the only. Akmal’s 24-ball 40 in the game against KKR helped Lahore reach a respectable 151 for seven after they were reduced to 103 for five at one stage.

Saad Nasim: Nasim was among the batsmen that fell victim to Sunil Narine’s blitzkrieg in the previous game, having been dismissed for a four-ball duck. Nasim will have to improve his performance.

Agha Salman: Salman was in clinical form as an all-rounder during the recently concluded Quaid-e-Azam trophy, Pakistan’s first-class cricket tournament. With the pressure mounting on the Lahore side for a win in order for them to avoid elimination, the team management could play a different card for this match, and it might as well be the young all-rounder.

Asif Raza: Raza has been one of the most economical bowlers in the tournament so far, and therefore should be handed the ball without any questions asked. Raza would definitely be asked to take care of the likes of the in-form Khaya Zondo and skipper Morne van Wyk of the Dolphins.

Wahab Riaz: Riaz’s performances in tournaments such as the ICC World Cup 2011 displayed his talent in front of the entire world and he will be eager to make a mark in CLT20 2014 as well. Riaz had a good tour in Sri Lanka recently. Though he hasn’t been particularly impressive in the tournament so far, one can always count on him to rip through any batting order on any given day.

Mustafa Iqbal: Iqbal’s only appearance in the CLT20 so far was against KKR where he conceded 25 runs from four overs, which is fairly economical going by the T20 standards.

Aizaz Cheema: The 34-year old medium-pacer has been the star bowler for the Lions so far in the tournament and one of the major reasons for Lahore’s success during the qualifying stage of the tournament. Cheema currently takes the wicket-taker’s list with 10 scalps from four games conceding 114 runs. Cheema’s figures of three for 15 were especially destructive against the Southern Express and he will be carrying a majority of the team’s hopes during the match against the Dolphins as well as the remainder of the tournament.

Adnan Rasool: Rasool has slowly improved his performance over the passage of time, being an economical and deadly bowler for his side at the moment. 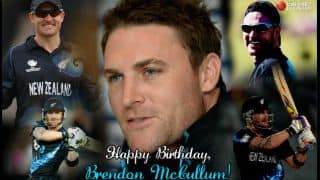 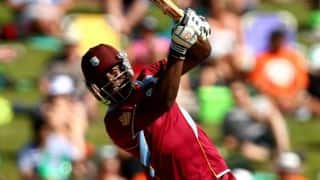