In many ways, Dravid was not Destiny’s favourite child. While he toiled and scripted masterpieces, often times another team-mate of his would hog the attention and adulation. And there was none bigger in this respect than Sachin Tendulkar, under whose formidable shadows he played his entire international career. 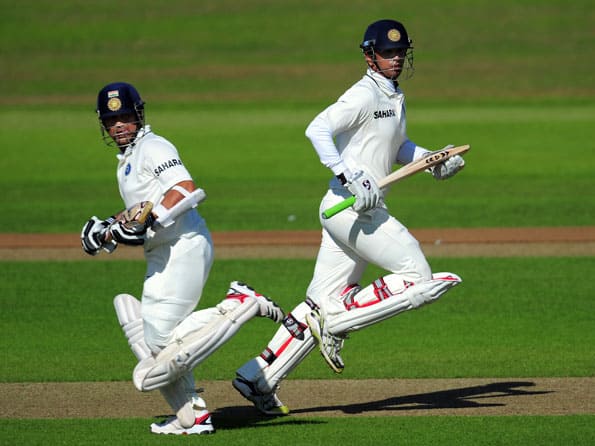 Rahul Dravid (right) international career has always been in the formidable shadow of Sachin Tendulkar (left). In fact, more often than not a monumental effortâ s has not got its rightful due because another team-mate or a player from the opposition became the focus of all the attention. ©Getty Images

My approach to cricket has been reasonably simple: it was about giving everything to the team, it was about playing with dignity, and it was about upholding the spirit of the game. I hope I have done some of that. I have failed at times, but I have never stopped trying – Rahul Dravid.

The above excerpts from Rahul Dravid’s retirement announcement exemplifies his career – indeed the way he conducted his life off the field as well by extending that philosophy.

In many ways, Dravid was not Destiny’s favourite child. While he toiled and scripted masterpieces, often times another team-mate of his would hog the attention and adulation. And there was none bigger in this respect than Sachin Tendulkar, under whose formidable shadows he played his entire international career.

1. Lord’s 1996, vs England: Dravid’s unfortunate tryst began from his debut Test itself. Sourav Ganguly, the other Indian debutant in that game, scored a delightful century to become the new “Golden Boy” of Indian cricket. As Ganguly enjoyed his initiation at the highest level, Dravid displayed his class and fought hard during his innings. He was dismissed five short of what would have been a deserving and meritorious hundred on debut.

2. Kolkata 2001, vs Australia: The epic game at Eden Gardens is remembered for VVS Laxman’s 281 and the Riplesque Indian victory. Dravid’s 180 and his 376-run partnership with Laxman turned a near-certain defeat into Indian victory, but it was Laxman who emerged the biggest hero from the epic Test which would not have been possible without Dravid’s awesome role.

3. Lahore 2006, vs Pakistan: Captain Dravid opened the batting as India couldn’t find a stable opening partner for Virender Sehwag. The makeshift opening pair came within four runs of breaking the then Test highest opening wicket partnership of 413 between Vinoo Mankad and Pankaj Roy that had stood for 50 long years. But despite the 410-run partnership, it was Sehwag’s brutal batting that became the focus of attention.

This phenomenon hasn’t haunted Dravid in Test cricket as much as it has in One-Day Internationals (ODIs). The recurrence of such happenings throughout his ODI career is astonishing. Despite being the anchor of the middle order and finishing many games, he wasn’t mentioned in the same breath as some of the other one-day greats. This is possibly because of his natural way of going about his business without fuss and showmanship.

4. Chennai 1997, vs Pakistan: Dravid’s first ODI hundred came in this game. Unfortunately for Dravid, it was in the same match in which Saeed Anwar notched up the historic 194 – the then highest individual score in ODI history. Batting first,Pakistan had amassed well over 300, and it was Dravid’s effort that took India to 292. It was a fighting knock as he was struggling in the Chennai heat and had to do away with the luxury of a runner when Pakistan objected. Despite that he battled his way through.

5. 1999 World Cup, 104* vs Kenya at Bristol sand 145 vs Sri Lanka at Taunton: Dravid ended up as the tournament’s highest run-scorer with two centuries. But his 104 not out against Kenya came when Tendulkar smashed an emotional century, just days after his father’s death. Dravid’s 145 against Sri Lanka came in a mammoth 318-run partnership – the then highest for any wicket in ODIs – with Ganguly, who scored 183. Dravid’s strike rate was 112.40, just marginally behind Ganguly’s 115.82. But Dravid’s aggressive but textbook batting yet again came off second best in getting the attention the mileage and attention.

6. 1999 vs Zealand, Hyderabad: Tendulkar and Dravid plundered 331 runs for the second wicket – a record for any wicket in ODIs. But it was Tendulkar’s 186 not out that stole the show from Dravid’s 153.

7. 2002 vs West Indies, Ahmedabad: India had to repeat their heroics of the NatWest final and chase down 325. Dravid anchored the innings with an unbeaten 109 that saw India through with the help of a few cameos. As luck would have it, it was Chris Gayle powerful 140 that won the man of the match award. Dravid may not have laced the park with big hits, but his assured touch helped pull off a win.

8. 2005 vs Pakistan, Kochi: India were reduced to four for two in the second over when Sehwag joined Dravid. Both got hundreds that resurrected India from the early stutter. It wasn’t just Sehwag’s belligerent batting but also Tendulkar’s five-wicket haul that took away much of the sheen of Dravid’s knocks.

The epics such as the ones at Adelaide, Headingly, Rawalpindi, twin tons at Hamilton and Kolkata would stand out as Dravid’s parties. Nevertheless, he has been the unsung hero on quite a few occasions. Despite all that, there is one moment that would stand out and is symbolic in context of the instance discussed in the article.

In the famous Test victory against England at Headingly in 2002, Tendulkar smashed 193 and thrilled the crowd with a dazzling display. However, the adjudicators decided to hand the award to Dravid for his disciplined 148 in tough conditions against the moving ball. In hindsight, this could have been done on a few more occasions when his crucial knocks went unrewarded. 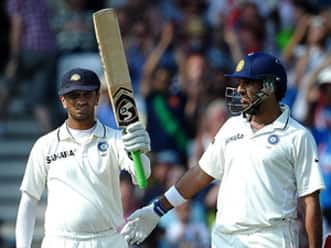 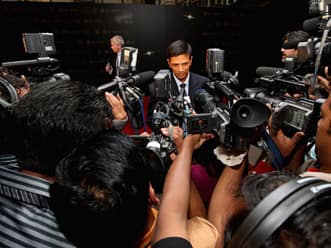 Humour: The ‘real’ reason why Rahul Dravid announced his retirement