India has been too lazy at field, at crucial junctures, which have cost them dearly.

Catches win matches. It’s an age old cliché. And the cliché holds true for MS Dhoni and co. As they have potentially squandered precious opportunities and are set to lose the Test series thanks to their generous acts. Abhijit Banare has more…

During over No 29 of the first innings of the first Test at Auckland, Kane Williamson tentatively defends a Mohammed Shami delivery moving away from him and the edge flew at knee-length to Murali Vijay in the first slip. The end result: Vijay goes down on his knee to his right and awkwardly puts his palm together and floors the catch. It was the second of the two catches dropped that morning with the earlier one by Shikhar Dhawan which could have sent back Peter Fulton. But at the end of the day, Williamson had gone on to score a century and eventually shared a 221-run stand with Brendon McCullum which virtually took the game away from India.

India have been a brilliant fielding side in all formats of the game and they still are. But the casual frame of mind during crucial moments of the game have cost them dearly. It would be harsh to term them casual but nevertheless, the replays do indicate that they were capable of much better than they eventually did. With the second Test firmly in control and making New Zealand bat who were trailing 246, McCullum gave a relatively easy catch to Virat Kohli specifically positioned at short mid-on. Such a field placement is not a regular one and means that the fielder has specifically been placed to cash in on the batsman’s liking for shots in the direction. When McCullum drove, Kohli instead chose to instinctively put one hand and it popped out. In fact, Kohli himself got out to such a trap set-up for him in the first innings.

Ironically, both these catches were dropped when New Zealand were 74 for three (in first Test) and 78 for three (in the second Test). And then came a classic return catch going haywire with Ishant Sharma failing to even judge the ball coming towards him. Running in with his long locks, Ishant’s follow through is as fragile as an amateur on an ice-skating course. With hardly any control over his follow through, Ishant even in future will never be in a comfortable position to take return catches. McCullum was on 36 at that time, still at an unimaginable distance away from what he has done.

While Williamson went on to make 121, it looks as though that was nothing compared to what McCullum has done; scoring 281 not out on Day Four and scripting one of the finest Test innings and rescue mission of all time.

It wouldn’t be an exaggeration to say that India have allowed a 221-run stand and 352-run stand by dropping three catches and have eventually conceded two Test matches. And if you wish to exaggerate a touch more, they have squandered two opportunities to win an away Test match which they haven’t done in 32 months.

While Ajinkya Rahane, Ravindra Jadeja, Dhawan and Vijay are among the fast runners, MS Dhoni also has to pay the price of shoddy ground fielding by Ishant and an aged Zaheer Khan. The best the Indians can take inspiration from is the New Zealand pacers. Tim Southee and Trent Boult are two exceptional fielders and Boult has already taken some sensational catches. High time Dhoni and fielding coach Trevor Penny take note of it before Dhoni makes a nasty comment. Remember the rotation policy in Australia in 2010 where Sachin Tendulkar, Virender Sehwag and Gautam Gambhir were selected on rotational basis for being slow in the field! 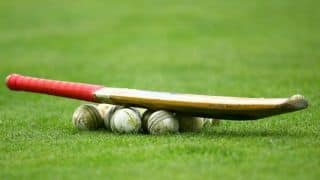