While Uthappa is crucial to South Zone, Naman Ojha is Central's trump card.

The ongoing edition of the Duleep Trophy has nearly come to its conclusion, with the final set to to be contested on Wednesday between Central Zone and South Zone at the Feroz Shah Kotla stadium in Delhi. This is a crucial time for the players, with the World Cup just around the corner, to show their real character and skills and prove to the selectors that they are worthy of making it to the national squad. Ayush Gupta looks at the possible players who could make an impact in the final.

This is a team which has got a number of good players out of which few are famous for making it to the Indian squad. However, there are a few names in the side which are relatively unknown, but the mistake of counting them out could prove costly as they could turn out to be good, if not great, players and a possible asset for the national side in the future.

Naman Ojha: He is a well-known face in the Central side, though he has played only one One-Day International (ODI) for India. He plays for Madhya Pradesh in the Ranji Trophy and Sunrisers Hyderabad in the Indian Premier League (IPL). Being a middle-order batsman, he has so far played 102 First-class matches scoring 7134 runs with an average of 43.76 and the highest score being an unbeaten 219. He also scored a double ton in the last match, i.e. semi-finals against North Zone with a score of 217. With 17 tons and 40 fifties, if he continues his present form in the finals, he is sure to draw attention of the selectors for the Australia tour due to begin in mid-December.

Jalaj Saxena: The opening batsman for Madhya Pradesh, Mumbai Indians and India-A is also one of the players who can play a crucial role in the finals. The 27-year old has scored 3324 runs in just 64 First-class matches with an average of 36. 52 and a strike rate of 55.99, with the highest score being 194. He too scored a ton in the semi-finals against North Zone in the last match and could again prove to be a healthy member to the Central Zone squad if he manages to continue his good run in the domestic circuit. He has however, been inconsistent in the past, and it remains to be seen whether he can shed that burden and score some valuable runs for his side on Wednesday or not.

Mahesh Rawat: The 29 year-old wicketkeeper-batsman, who plays for Haryana and Rajasthan Royals, was impressive in the last match with a score of 116 from 161 balls. He has drawn everyone’s attention in the team and the board as a result. Overall, he has played 76 First-class matches and scored 4145 runs with an average of 43.17 and a strike rate of 53.11 while the top score reads 188. He has also got 10 hundreds and 27 fifties which proves that he is a player of good class and ahs the ability to play a good knock and is a man to watch out for if he continues his good form.

It is a team with its fair share of quality players. Although limited in big names, they all are capable of being termed as ‘good’, the main reason for the team reaching the final in the first place.

Robin Uthappa: A familiar name to every Indian cricket fan, Uthappa has played for India on numerous occasions. The Karnataka cricketer plays for Kolkata Knight Riders (KKR) and enjoyed a good stint with them during this edition of the IPL, earning the Orange cap for being the highest run-getter of the tournament. He also scored a ton in the semi-final against East Zone with a score of 120 off 196 balls. In 99 First-class matches, he has scored 6484 runs with an average of 40.52 and a high score of 162. His career includes 15 tons and 37 fifties. Surely and no doubt he would be the man to watch out for and is futile to write-off this opening batsman in any sense. He would also be playing his 100th First-class match in the finals on Wednesday.

HS Sharath: Another Karnataka man who plays for Delhi Daredevils was sensational in the last match and was the second highest wicket-taker in the last match against the East Zone. The medium-pace bowler claimed six wickets for 46 runs and was the highest wicket taker during the second innings of the last match claiming four for just 27. Out of just 17 First-class matches, he has claimed 67 wickets with the best bowling figure of eight for 69 in a match. He has an economy of 2.81 and has given away 1442 runs. Thus, he too would play a crucial role with the ball and could well cause problems for the batsmen at Delhi for the Central Zone as his IPL experience at this venue could come handy.

Although, both the teams would love to go with an unchanged squad from the previous matches in the semi-finals and keeping up the momentum, owing to the slow nature of the wicket At Delhi, it won’t be surprising if the captain decides to make a change and bring in an extra-spinner. 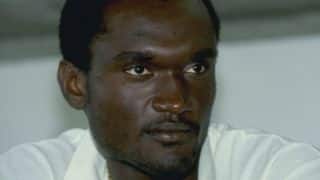