Dwayne Smith: A talent reduced to 20-over shows

Dwayne Smith: A talent reduced to 20-over shows

Dwayne Smith promised a lot but failed to deliver on most occasions due to inconsistency or injuries. He retires with only a solitary hundred in international cricket.

It is surely not easy for any sportsperson to call it quits from the game they have loved representing. Several pros and cons are taken into consideration while making the ‘retirement’ decision. Nonetheless, inside the first three months of 2017, cricket lovers have heard a plenty surrounding ‘retirement’ to have gone viral on social media. MS Dhoni and Alastair Cook retired from their respective roles only as captains from the formats wherein they still remain active. Pakistan’s star all-rounder Shahid Afridi hung his shoes from international cricket, just a few days ago. Now the latest to join this list is West Indies’ swashbuckling opener and all-rounder, Dwayne Smith.

When West Indies selectors picked up the then 20-year-old, Smith, for his first Test, eyebrows were raised from all corners. The connoisseurs of the game seemed perplexed regarding his maiden call-up as he had no century in First-Class cricket till then, for Barbados. Nonetheless, he walked out to bat on the last day of the third Test of the four-match series against South Africa at Cape Town. West Indies were chasing an improbable 441 and the right-hander made his way out at 224 for 4. He silenced his critics with a run-a-ball 105, slamming 15 fours and 2 sixes

Facing the likes of Shaun Pollock, Makhaya Ntini, Andre Nel and Jacques Kallis, Smith did not bog down and had answers for almost everything thrown at him. Pollock tested his patience by bowling outside off, but he rose to the occasion by driving nonchalantly. Nel and Ntini decided to bang it half way down the pitch to examine him against the short balls but the right-hander hammered them to the fence. He did not even spare the chinaman bowler, Paul Adams, who bowled outside the line of his leg stump and flicked the red cherry past the ropes.

With his attacking as well as an entertaining hundred, Smith made an instant mark.

Despite the entire hullabaloo, Smith went onto play only 9 more Tests and finished with a batting average of 24.61 with one hundred. His bowling earned only 7 wickets and he was cornered after the New Zealand tour in 2006. Unfortunately, he remained away from the Test side thereafter.

Smith never flourished in shorter formats but did feature fairly in the West Indies side. He was a part West Indies squads in the ICC World Cup 2007 and 2015. He also got a look-in during West Indies’ first triumph in the ICC World T20 (WT20) triumph in 2012 and 2014 edition. However, Smith had no success in the shortest format for the Caribbean side. With a batting average of 18.57 and 18.18 in ODIs and T20Is respectively, he churned out minimal performances. Being adjudged the Man of the Match on a handful of occasions, 7 times combining both ODIs and T20Is Smith continued to blow hot and cold.

The most striking part in Smith’s batting is his sheer power, bat speed and hand-eye coordination. He has a knack of scoring over the mid-wicket region and often lofted deliveries outside the off stump towards the leg side. Due to his aggressive style, Smith was promoted as an opener in both formats. His most prolific performance came against Bangladesh and Australia as opener. A 46-ball 63 (6 fours; 4 sixes) against Australia in 2012 and a breath-taking 72 off 49 balls (at a strike rate of 167.44) against hosts, Bangladesh in World T20 2014, sealed the deal for his side in the respective ties.

These two innings perhaps set up the norm: whenever he delivered, Smith ensured to take his side home single-handedly. He even rolled his arms and earned a five-for in 50-over format, a feat also matched by a much clever bowler and teammate Dwayne Bravo.

However, the Caribbean team is flooded with T20I stars such as and starry Chris Gayle, Bravo and Darren Sammy, which overshadowed Smith’s presence, coupled with his inconsistencies.

What brought him much success?

If Test cricket has been gruelling for many players, they resorted to 50-over format. Nonetheless, the latter also comes with its own set of challenges. The birth of the shortest format brought relief and prolonged careers of many in the modern-day game. The likes of Gayle, Afridi and Lasith Malinga stretched their careers (of course Gayle and Malinga are still active) by virtue of being T20 stars.

Smith could never attain superstardom in any format but his T20 flair earned him constant participation in various leagues across the globe. His impressive stint with Mumbai Indians (in 2012) in Indian Premier League (IPL) won him major accolades. His last over heroics against Chennai Super Kings (CSK) in a league game won his side a vital encounter out of nowhere.

Smith was picked up by CSK in 2014 after which there was no looking back for the Caribbean player. He was the second highest run-scorer in that edition with 5 fifties and an average of 35.37 and strike rate of 136.50. He continued his rich vein of form in the next edition and was the 12th highest run-getter. Playing for Gujarat Lions (GL) in IPL 2016, Smith amassed 3 fifties at a staggering strike rate of 146.60.

Smith remains a force to reckon with in IPL and other franchise cricket leagues, namely Bangladesh Premier League (BPL) and Pakistan Super League’s (PSL). He was instrumental in Islamabad United (IU) lifting the inaugural PSL trophy by slamming 73 off 51 balls last year in the final.

Smith was never a solid force in national setup but still remains to threaten bowlers in club cricket. He owes his success to the advent of various T20 leagues across the globe but sadly his international career got over with a solitary hundred. Playing 148 international matches, his career packed a punch in the beginning but the dust settled on him fairly soon.

We hope to see him taking part in various upcoming T20 leagues and set the stage on fire. 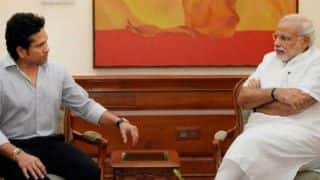 Sachin Tendulkar roped in as an influencer by LinkedIn 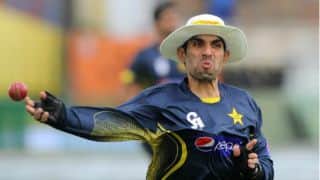 Misbah-ul-Haq to decide on future before West Indies tour