The backdrop of this narrative is a confluence of cultures and social strata; on the one hand is a true-blue English Earl, and on the other, a Polish immigrant who happened to be a master craftsman. The common ground just happened to be cricket.

The backdrop of this narrative is a confluence of cultures and social strata; on the one hand is a true-blue English Earl, and on the other, a Polish immigrant who happened to be a master craftsman. The common ground just happened to be cricket.

The saga of the Peer of the Realm began at 58, Portland Place, St Marylebone, on January 18, 1832, when a second son was born to George Augustus Frederick Charles Holroyd, 2nd Earl of Sheffield and his wife, Harriet, eldest daughter of Henry Lascelles, 2nd Earl of Harewood. In due time, the young scion of the illustrious family was christened Henry North.

The biography of the great philanthropist, cricket patron, and Parliamentarian, written by Perceval Lucas, informs us that until he succeeded to the Earldom in 1876 he bore the courtesy title of Viscount Pevensey. Educated at Eton, he entered the diplomatic service and was attached successively to the embassies at Constantinople (1852), Copenhagen (1852 to 53), and again at Constantinople (1853 to 56). From 1857 to 1865 he sat in the House of Commons as conservative MP for East Sussex.

Although he never gained much proficiency as a cricketer himself, the 3rd Earl of Sheffield was deeply interested in cricket and, with time, became one of the greatest benefactors and patrons of the game in England. He was a member of the MCC from 1855, and although offered the Presidency of the august club on several occasions, he declined the invitation very graciously each time.

He was also President of Sussex CCC from 1879 to 1897, and again from 1904 till his death on April 21, 1909. Indeed, the cricket club owed much of its financial security to the generosity and interest of The Earl. In 1887, at his own expense, he engaged the recently retired Alfred Shaw of Nottinghamshire, and William Mycroft to coach young players at his private cricket ground, Sheffield Park, Fletching, his county seat.

The visiting Australian teams of 1884, 1886, 1890, 1893, and 1896 all opened their tours with matches on this ground against more or less representative English XIs raised by The Earl. King Edward VII (then Prince of Wales) was present in 1896. In his generosity, and as an encouragement to budding local players, The Earl had granted unrestrained access to the ground for local cricket.

In 1891-92 the Earl of Sheffield, at his sole expense, had taken an English cricket team, under the captaincy of the redoubtable colossus of English cricket, Dr WG Grace, on a tour Down Under. Despite incurring a personal financial loss estimated to be about 2,000 (no mean figure at the time) on the tour, The Earl had made a handsome donation of 150 guineas to the New South Wales Cricket Association for the development of cricket in Australia. At that time, there were three colonies (later termed states), New South Wales (NSW), Victoria, and South Australia (SA), who used play regularly among themselves. Tasmania used to play only about 1 game per season.

As a consequence of the generous gift of The Earl of Sheffield, the powers that be in contemporary Australian cricket then conceived of the idea of initiating a National domestic cricket tournament among the colonies and of a suitable trophy for the annual winners. That brought the master craftsman into play.

Far away, in a completely non-cricketing environment, one Favel Wagczewskiwas was born February 21, 1837 into a Jewish family at Gmina Blaszki, Sieradz County, Lodzkie, Poland, son of Myer Wagczewski and Jenta Wagleczewska. It is reported that at the age of 18, Favel had emigrated to England, settling for some time in Manchester, then one of the great commercial and industrial hubs of England. He was employed as a tassel maker. He married a young Polish widow with one child, Hannah Fanny Blashki, at the Great Synagogue of Manchester on December 1, 1857.

Hoping for better prospects in life, the young couple decided to relocate to Australia and sailed from England on the sailing ship Alice Walton, arriving at Melbourne on April 1, 1858. He started his new life at Geelong as a hawker and seller of retail goods during the Australian gold rush, also trading in gold in a small way. Two years later, Hannah gave birth to the first pair of Jewish twins in Australia, followed by another son a further two year later.

In 1866, there was an unfortunate incident when he was robbed of a suitcase containing about 700 worth of jewellery that he was carrying in connection with his trade in gold. With the looming threat of bankruptcy, he moved back to Melbourne in 1868 with his family, which, by now, included 11 children. It was around 1875 that he set up his city emporium at Bourke Street, Melbourne, primarily as a master silversmith though he also excelled in the making of jewellery and ceremonial medals and chains.

By dint of hard work and good community relationships, the business grew and his sons joined in the family concern. In the interim, he had changed his Polish name to become Philip Blashki. He became a prominent member of the Jewish society of Melbourne, co-founding the Melbourne Jewish Aid Association and the Jewish Herald Association, a Justice of the Peace, an honorary Magistrate, and a very respectable businessman, in short, a prominent and prosperous citizen.

It was in 1892 that his business, named P. Blashki & Sons, Melbourne, Victoria, won a tender to design and manufacture a shield to be donated by The Earl of Sheffield as a perpetual trophy for the state cricket competition. The entire process of crafting the shield, named the Sheffield Shield to perpetuate the name of the generous donor, was finally completed in 1894.

In the words of Rina Hore, Bradman Foundation Executive Director, The Sheffield Shield is such an important part of Australian Cricket history and it s a great chance for fans of the game to see the incredible detailed silver-work of the trophy up close and in person, many people don t realise how beautiful the trophy is.

The 43 inch by 40 inch shield was crafted out of gold, silver, and copper. Here is what Australasian had to say about it in 1892: The shield is of silver, the centre-plate representing the Sheffield Park Cricket ground where so many Australian teams have played. On either hand is a bowler and a batsman in action. In the centre-piece the men are shown in the field and the wickets, bat and ball will be of gold as well as some sixteen little tablets which are to bear the names of the winning teams. The Australian arms and the Sheffield Arms will be correctly enamelled in colours and rest on the shoulders of the shield.

The fledglingannual tournament of inter-colonial cricket commenced in 1892-93 with the three colonies of NSW, Victoria and SA playing each other. Queensland was admitted to the Shield in 1926-27 and Western Australia (WA) immediately after World War II, while Tasmania had to wait until 1977-78 to enter the competition.

With this diverting preamble, let us turn our collective attention to the events of the 1892-93 Australian domestic season.

The archives tell us that in the inaugural year of the Sheffield Shield tournament, Victoria, NSW and SA played a total of 6 matches on a home-and-away basis. In addition, one notices the presence of Tasmania, and the first entries of Queensland and WA into the national reckoning. The games involving the last three colonies are excluded from the Sheffield Shield records.

The very first Sheffield Shield match of all was played at Adelaide over 5 days from December 16, 1892, SA taking on NSW. Fittingly, one of the umpires for the game was the Grand Old Man of Australian cricket, Charles Bannerman, the man who had faced the very first ball in Test cricket history. To Harry Moses went the honour of winning the first toss of the Sheffield Shield and NSW batted first. George Giffen, the home skipper, bowled the first delivery of the tournament to Sammy Jones, dismissing him in the very first over, the first wicket falling before any runs had been put on the board.

Alec Bannerman (16) went next at the total of 39, followed by Syd Gregory (2), run out at 48. Skipper Moses and Harry Donnan carried the total to 199 when the skipper was agonisingly bowled by Giffen for 99, the first instance of this indignity in Sheffield Shield cricket. Donnan (120) went on to score the first century of the tournament.

The innings ended on Day Two at 337. Giffen captured 6 for 133, the first 5-wicket haul of the new tournament. Opening bowling with Giffen was Ernie Jones, making his first class debut (the man who was reputed to have bowled a delivery through the venerable beard of WG at a later date). Jones took 2 for 93.

The hosts kept losing wickets at regular intervals before a 5th-wicket stand of 100 between Giffen (75) and Arthur Hill (60) helped the total to advance to 212. For NSW, Michael Pierce proved to be the thorn in the flesh for the hosts, with 8 for 111.

Following on, the home team ended Day Three at 195 for 4, JJ Lyons scoring 124. It was principally through the efforts of John Reedman (73) on Day Four that the total mounted to 330. Pierce covered himself with glory again, picking up 5 for 154. Donnan took 3 for 26.

Victoria won the title in the first year of the tournament with NSW and SA declared joint-second. In the 4 matches he played in the season (the game against WA not being included for the Sheffield Shield tournament), Giffen scored 468 runs at an average of 58.50. His highest score, 181, came in the home match against Victoria. In the same season, Giffen took 33 wickets at 23 with a best analysis of 9 for 147 in the same game against Victoria a true champion!

The season of 1892-93 proved to be a significant one in the annals of Australian domestic cricket, with all 6 colonies (later, states) joining in for the first time. While the new entrants were not included in the new tournament, it was always going to be a matter of time before the Sheffield Shield tournament would include the full complement of contenders. 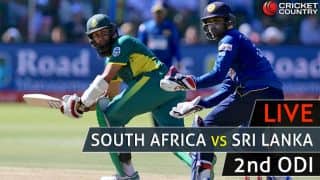 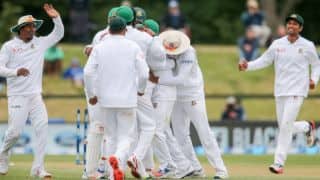