Empty vessels make the most noise

Empty vessels make the most noise

Some players are immediately rated highly or touted to be the next big thing only after playing and performing well in few matches.

Some set school cricket ablaze and it’s easy for the press to dub the budding talent as the next ‘Tendulkar’ or ‘Warne’ in the making. There are some cricketers who have absolutely dominated the domestic scenes on whose basis they get selected to represent their countries but they soon fizzled out, becoming nearly non-existent at the international level.

Some players are immediately rated highly or touted to be the next big thing only after playing and performing well in few matches.

Great expectations can be dangerous. Some cricketers have been so hyped by the media and their performances haven’t really translated at the highest level. Rohit Sharma, after spending seven years in international cricket as the next big thing, has finally provided consistent scores in the limited-overs format. Australia’s Cameron White also came in as a dangerous prodigy but again everything was restricted to the occasional glimpse of brilliance. Then there is Luke Wright, who in 2007, was dubbed to be the next ‘Andrew Flintoff’ or ‘Ian Botham’. The list is long with Ricardo Powell for West Indies, Dinesh Chandimal, etc.

Most often it’s the player to be blamed for his immaturity but sometimes the neck must also be held of the publicists who add these expensive tags on the players. The above Sidhusim is a take on these seemingly overrated players. 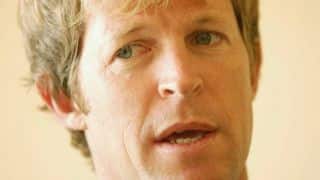