Tarot reader Shruti Chopra is back again with her tarot predictions! She will be there right through the ICC T20 World Cup 2012 to give CricketCountry.com readers tarot card predictions of each and every match in the championship. In the below piece, she dwells into the England’s game against Afghanistan on Friday. 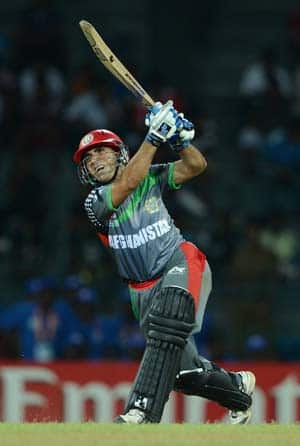 Tarot reader Shruti Chopra is back again with her tarot predictions! She will be there right through the ICC T20 World Cup 2012 to give CricketCountry.com readers tarot card predictions of each and every match in the championship. In the below piece, she dwells into the England’s game against Afghanistan on Friday.

After a strong opening game, Afghanistan will look to sustain their natural attacking instincts. This may not be most beneficial for them, since this will make them mentally uncomfortable, as indicated by the Ten of Swords. This phase may not last too long, as the Afghans will break their restrictions and pose to be a threat to the English. The Nine of Cups definitely shows them to be a content team, especially as they will put up a strong challenge in all areas of the game.

The Seven of Swords explains the problems with being overly-planned, which may initially harm Nawroz Mangal’s captaincy. He will eventually release these ideas to adopt instinctive actions during the game. His batting will be too cautious and he will be unable to achieve results that do justice to his potential.

Mohammad Shahzad will be an aggressive batsman, but he should be careful of opposition dominance, especially as he drew the positivity of the Star card.

Shapoor Zadran will appear very temperamental. With the Hanged Man and the Ace of Pentacles, he will fire, but this will be later on in his spell.

Dawlat Zadran will be expensive, but certainly effective. He will grab on to this opportunity.

Mohammad Nabi drew out the Five of Wands and the Nine of Pentacles. When clubbed together, these cards represent aggressive yet fruitful results, which he will display through his batting.

Karim Sadiq will have better control over his batting and will be involved in a promising partnership.

The English will certainly harm their chances through lack of home work. Despite being the stronger team, complacency can set in as represented by the Two of Swords and Page of Cups. They will also need to be weary of being too reliant on individuals to get them through, whereas the Ten of Pentacles clearly indicates victory through a team performance. Focus on all areas will be much needed.

As a captain, Stuart Broad will look strong and confident. He will have the mental Strength to take firm, quick and crucial decisions. Like the Five of Pentacles he will be miserly with his bowling as well as being clever and deceptive.

Tim Bresnan will think too much before he shifts gear in to the Ten of Pentacles mode, which will bring through a positive strike rate. His bowling will be partially impressive.

Luke Wright will start off well, but will eventually appear a little confused during his batting. As a bowler he will be a little expensive but will bring through good results.

Jade Dernbach is represented by the Queen of Cups and Two of Pentacles – well directed and economical, but not aggressive enough.

Samit Patel will draw out all his experiences and look to maintain direction and control over his bowling. It will be a good day for him.

Eoin Morgan will have a tough start and as advised by the Two of Swords, he will need to adapt quickly in order to see the success indicative of the Magician and King of Pentacles.