England, after being decimated by Chris Gayle, found their groove back with a spectacular win against South Africa. England will battle it out with Afghanistan in Match No. 24 of T20 World Cup 2016 at Delhi to seal their place in the semi-final tournament. Afghanistan, entering the Super 10 stage all charged up, began the second phase with two consecutive defeats. England’s batting has been impressive, while their bowling have not been what they would have liked. The Afghanistan batting line-up put up a strong show against South Africa with Mohammad Shahzad keeping the hopes alive of them staying very much in tournament, but it was not enough to pull off an upset. Nevertheless, the Afghan batting performance may worry the English camp. FULL CRICKET SCORECARD: England vs Afghanistan, T20 World Cup 2016, Match No.24 at Delhi.

While England are beaming to glory after their first win, Afghanistan are on look out for ray of hope to stay in this tournament. England went ahead with same squad in both the matches and changes at this point seem unlikely, yet here are the England likely XI to play against Afghanistan on Wednesday:

Top-order: England’s top-order has looked excellent, especially against South Africa. While Jason Roy has been spectacular in the match, Alex Hales played an excellent support role. England did make a slight change in the top-order, bringing Ben Stokes ahead of Joe Root who was coming in at No. 3, but that was more of a tactical move. Roy, Hales and Joe Root are as good as confirmed as England’s top three. READ: Joe Root firmly asserts his place in modern batting mastery after England’s victory over South Africa in T20 World Cup 2016

Middle-order: The reliable Eoin Morgan and the explosive Jos Buttler will form the backbone of the middle-order. England will probably use Stokes as a floater, while Moeen Ali will hold things together if all go wrong. They also have Adil Rashid and Chris Jordan to make sure that they have power-hitters till No. 9.

Lower-Order and Bowlers: When it comes to England’s bowling attack, the spinners have done the trick. While Rashid has been in excellent form right since the warm-up, Moeen has been no less, especially against South Africa in the high-scoring match. Both Jordan and David Willey will hold their spots, but the 11th slot is somewhat dubious, thanks to Reece Topley’s ordinary form. England may have to choose between Liam Plunkett (if the wicket has a tinge of green) or Liam Dawson (if it does not). 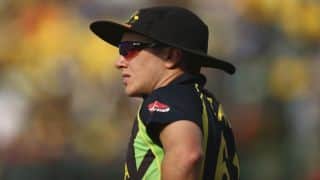