It’s already September and in less than three months, Australia would be hosting the Ashes Part Two, or the return series. Much after the bad light and peeing on the pitch saga, cricket was resumed in colors: the red home team vs the yellow visitors. We can go on and on as to why they have only two T20 International (T20I) games in a series, when they can have a tour game before the fifth test, but that is a discussion for another day. 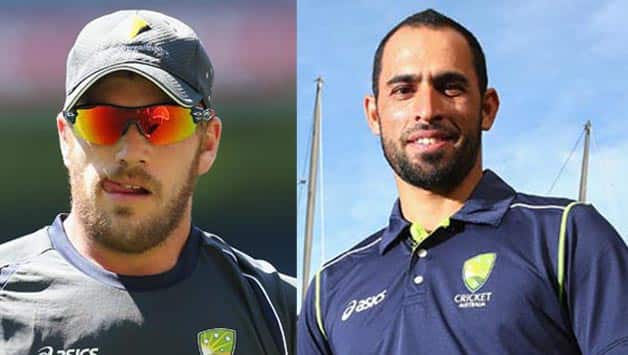 It’s already September and in less than three months, Australia would be hosting the Ashes Part Two, or the return series. Much after the bad light and peeing on the pitch saga, cricket was resumed in colors: the red home team vs the yellow visitors. We can go on and on as to why they have only two T20 International (T20I) games in a series, when they can have a tour game before the fifth test, but that is a discussion for another day.

One good factor that came out of the T20 series was the lack of the Decision Review System (DRS) usage. For a change, cricket seemed to return back to normalcy; for a change the umpires got it right, and players didn’t get chances to prove their foolishness in appeals; and commentators got no chance to comment and laugh it out. One of the coolest things about T20 apart from the entertainment factor is that it’s less-plan, less-analysis, and all-action — much like quick chess.

T20 is all about entertainment; it means a truckload of runs on a flat (read good batting) surface. There are many who show no respect to T20 batsmen because they play mostly on flat surfaces and with shorter boundaries. Aaron Finch showed his power, timing and liking for the on-side, with the bowlers choosing to bowl to his strength. His 156 didn’t just break records, but it had the silver lining that Australia needed to get past their Ashes batting debacle. At times, his 156 was compared to the grand total of the openers in all five tests put together; jokes apart, it was some hitting.

Finch had shown signs of his batting and hitting for the Pune Warriors India (PWI) in the Indian Premier League (IPL) franchise earlier this year, but again it was in India on flat tracks and against weaker bowling attacks. This 156 doesn’t solve the existing batting problems, it doesn’t solve the opener’s round robin issue, but it has that feel-good factor that was missing in the dressing room. It was against an international bowling line up, against tall bowlers who can generate pace and extract bounce off the pitch. It’s a different story that their line of attack was wrong.

Finch made his intentions clear the moment he took guard, pounding the first ball he faced of Steven Finn over mid-wicket. Finch is a batsman who stands tall on his back foot and favours the leg-side, and the Englishmen bowled length onto his pads as he kept blasting them over mid-wicket and wide long-on. A couple of overs and it was evident that it was a belter of a pitch; the likes of Stuart Broad, Finn and Jade Dernbach needed some assistance off the deck, but they ended up assisting Finch in cementing his spot as he kept his onslaught on. He treated the English bowlers as if they were county bowlers; he took the spinner to the cleaners after the Power Play and Joe Root was just an icing on the cake when he was pasted for 27 off the over. Broad tried everything and almost nothing worked; it was Finch’s day out, and he finally fell for Dernbach’s slower one.

What happened after Australia scored 248 is a different story, but what this means to the Australian think tank is worth pondering over. Australia were looking for an oasis in a desert, and Finch provided them mineral water. For sure, he has cemented his spot as an opener for the ODI series, and if he even half succeeds, he could be on route to Ashes. His 156 showed that he has the shots in his book, it’s up to him to prove that he has the endurance and perseverance to hang on past 20 overs.

Australia went back to their loosing ways in the second T20 after Alex Hales pulled off a two-third of a Finch. The Australian lost his magic touch and the ball, which would have ended in up in the stands one day ended up in fielders’. Australia’s batting, or lack of, resumed; barring Warner no one hung around and worked on batting; and in the end they were 27 short chasing 196. We saw the Australia that we are now accustomed to.

The newest Australian citizen Fawad Ahmed had a bad debut; the first ball that he bowled in his international game looped out of his hand and was swept for four. Parallels of Bryce McGain against Ashwell Prince were drawn, and given the dime-a-dozen nature of Australian spinners, one thought that it was all over for him after he conceded 43 off his four over on a batting beauty.

But again, as they say, life gives you a second chance, and on a much better surface at Durham, Fawad got to twirl the white ball again. This time, he gave it an extra flight and Michael Lumb ended up top-edging it to the keeper. It was his first international wicket: it meant a lot, it meant more flight to Fawad. He was seen fighting the ball above the eye line, enticing the batsman to step out and drawing them out of their comfort zone. Fawad had bowled three overs for 17 when he was asked to bowl the 20th over of the innings; many eyebrows were raised when George Bailey threw the ball to him. It was a make or break situation for Fawad.

Fawad, high in confidence, gave it a rip and tossed the ball; it drifted towards the leg stump, and Jos Butler danced towards the leg side when the ball dipped and spun and took his middle stump. This was the Australian ball of this century — it was a Warnesque delivery. Morgan clubbed the next ball over the mid-wicket fence; the commentators predicted a googly and it arrived on the middle stump. The ball flew off Morgan’s bat and into the deep mid-wicket’s hand. Fawad had three for 25 in his second outing — a much needed first for him and, more importantly, for Australia. He is a prospect, he isn’t one who would just get through his motions, and he is a player who has struggled his way through across continents.

Though the series ended 1-1, Australia has two silver linings: first Finch and now Fawad. One can only hope that this silver lining drives away the darkness that is looking on Australian cricket at the moment. It is both funny and irritating to see this Australian team slip into the nadir.