Before the match starts, here are some key battles that can be expected between the cricketers of the two teams.

After a gruelling extravaganza of 50-overs cricket in form of the ICC Champions Trophy 2017, South Africa get set for resumption of their English tour. While the three-match One-Day International (ODI) series went in favour of the hosts, the Twenty20 International (T20I) series will be the Proteas chance to settle score before the Test series. Both teams have geared up, with the first T20I to be played at The Rose Bowl, Southampton. Before the match starts, here are some key battles that can be expected between the cricketers of the two teams. FULL CRICKET SCORECARD: ENG vs SA 2017, 1st T20I

Alex Hales vs Andile Phehlukwayo: Alex Hales is one of the in-form batsmen for England. England have opted for a relatively young squad and Hales will be among those few seniors who will have to lay a strong foundation for the middle-order to perform. On the other hand, Phehlukwayo has been impressive for South Africa, taking wickets whenever given a chance. It will be a challenge for Phehlukwayo to face Hales at the latter s home.

AB de Villiers vs Mark Wood: Mark Wood has impressed one and all with the way he has bowled in the ICC Champions Trophy 2017 and surely, all eyes will be on him to see how he performs in the shortest format. Last month, he did not let Chris Morris and David Miller score 7 off him in the final over.

The most cherished wicket for Wood in this series has to be that of the opponent skipper de Villiers. De Villiers, who failed to live up to the expectation in Champions Trophy, will be eager to get off his lean form with this series.

Liam Livingstone vs David Miller: One of the five uncapped players, Livingstone has very impressing domestic numbers. Batting in the middle-order, Livingstone scored a magnificent 129 against South Africa A recently which has almost ascertained his spot in the team. For South Africa, David Miller will hold the same position. The visitors will want Miller to play a big knock down the order and to emerge as the pillar of the middle order.

South Africa and confidence: South Africa, one of the favourites for the Champions Trophy title, abruptly ended their journey in the group stage. Their biggest challenge in hand post the ODI series defeat to England and Champions Trophy debacle will be to gather confidence and put up an impressive show in the series at hand. 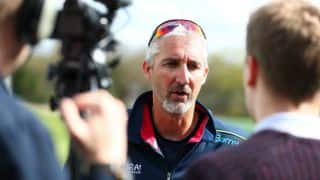 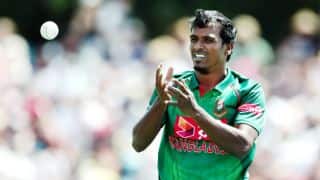