Here’s how the conversation went on Facebook after the high voltage India vs Pakistan match.

Just before the match was to begin, several Pakistanis remarked on Twitter that singer Shafqat Amanat Ali seemed unusually nervous and didn’t sing the Pakistani national anthem particularly well, even making a couple of mistakes along the way. Perhaps that was a sign of things to come. Virat Kohli overcame a difficult pitch and an uncooperative top-order to notch one of his most memorable knocks in T20 matches to take India to yet another victory in a World Cup match against arch rivals Pakistan. Here’s how the conversation went on Facebook after the match: 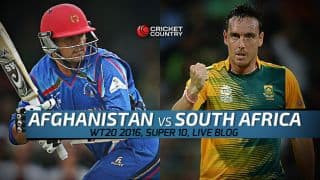