The Sheffield Shield record for most ducks in a match has been equalled in a contest that was over inside seven sessions at the Gabba.

In two-and-a-half-days, Queensland wrapped up a 43-run win over last-placed South Australia in a match that saw 13 batsman dismissed without scoring.

As reported by cricket.com.au, this matched the Sheffield Shield record of 13 zeroes set in 2011 – incidentally also in a game between Queensland and South Australia.

Here’s how it panned out:

The first duck of the game was Test hopeful Matt Renshaw who was dismissed for 0 by Nick Winter. Three more batsman departed without scoring as Queensland were bowled out for 115 in 64 overs – Sean Heazlett, Michael Neser and Cameron Gannon.

When South Australia batted, their No 3 Kelvin Smith bagged a 15-ball 0 before Neser dismissed Harry Nielsen and Tom Andrews was run out for a duck. The SA innings ended on 71 when last man Luke Robins was dismissed without scoring. (READ: Extras top score as Australian side all out for 10)

The ninth duck of the match was Australia Test opener Joe Burns, and when Gannon was trapped lbw by Andrews it gave the youngster a pair for the game.

Set a target of 175 after Queensland made 130, SA lost Jake Weatherald for a duck – the third opener of the game to not open his account – and then their skipper Travis Head for 0 to make it 12 zeroes.

The Shield record of 13 was equalled when Brad Davis, on first-class debut at the age of 29, was dismissed for 0 by Gannon.

Queensland bowled out SA for 131 to win the match and leave their opponents windless this season.

For the record, the most ducks in a Test match is 11. 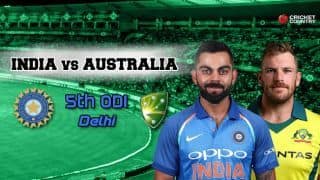