19-year-old Puducherry spinner Sidak Singh walked into the record books when he ended up claiming all 10 wickets to fall in an innings on Saturday. He achieved the incredible feat during a Colonel CK Nayudu U-23 match against Manpiur.

Sidak initially played his professional cricket for Mumbai where he became the youngest to represent the state, aged 15 years, after Sachin Tendulkar who was 14 when he made his debut.

His has been a storied journey as he was reported multiple times for dodgy bowling action. He subsequently moved to Puducherry, one of the several teams making their domestic debuts this season, as an outstation player and in all likeliness will make his Ranji debut for the same team.

Anil Kumble is one of the two bowlers at international level to have taken all 10 wickets to fall in an innings of a Test. Jim Laker was the first to do so, against Australia in Manchester (July 1956). 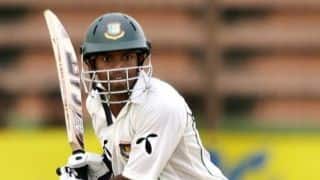