When a confident-looking Ravi Shastri updated his Facebook status in the same regard, he countered fiery reactions from his contemporaries, who are now contenders for the coach’s post.

After the razzmatazz of Indian Premier League (IPL), international cricket resumes for Team India with their tour to Zimbabwe. While most of the star Indian cricketers got a much-deserved break for the series against a lowly Zimbabwe, quite surprisingly, skipper MS Dhoni did not get any break. He was picked to lead a young and inexperienced squad. Also Read: MS Dhoni or Brendon McCullum — who is the greatest wicket-keeper batsman in last decade

This probably prompted the ‘Ranchi Rambo’ to express his disappointment by taking to his official Facebook account and post a status update in this regard. As always, a lot of hilarious reactions from his team-mates and Indian cricket fraternity came in. If you go through the comments, you will get to learn whether Dhoni trolled all or got trolled himself.  Also Read: Watch MS Dhoni sing during Virat Kohli’s charity gala dinner

Similarly, the race for the post of Team India coach has been spicing up with every passing day. With more and more contenders throwing their hats in the ring, the hunt has become interesting. When a confident-looking Ravi Shastri updated his Facebook status in the same regard, he countered fiery reactions from his contemporaries, who are now contenders for the coach’s post. The entire conversation will leave you in splits. Catch it here: 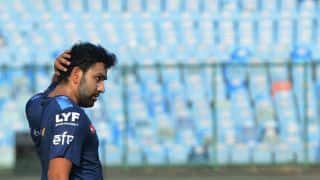 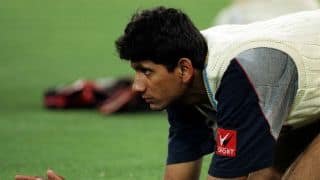