People were compelled to opt for ball-by-ball text commentary or live blogs or illegal streaming; and Chamari Atapattu hit a significant spike on Google trends.

As is often the case with Sri Lankans, Chamari Atapattu has an incredibly magnificent name on the lines of Atapattumudiyanselage Chamari Jayangani. You will struggle to find the Atapattu bit in it. To complicate things, she comes with various spellings, with people replacing t s with generous helpings of th s. I have even seen Athapaththu.

Once that bit is sorted out, you are tempted to Google on whether she is related to Marvan Atapattu and find out whether they are related. You cannot blame them, for senior international cricket has produced only two of their name.

That is what a lot of people did that on Thursday when Chamari Atapattu pulled off one of the greatest innings in the history of the sport in a match that was probably not telecast in Sri Lanka. People were compelled to opt for ball-by-ball text commentary or live blogs or illegal streaming; and Chamari Atapattu hit a significant spike on Google trends.

What did Atapattu do? First, she scored 178 not out, which is a lot of runs. However, for Sri Lanka Women, it was on another planet altogether. No Sri Lankan has come remotely close to this score: even the second-highest score, 111, was achieved six years back by Atapattu. She also holds the third- (106) and fourth-best (99) scores on the list, which probably says a thing or two. Barring Atapattu herself no Sri Lankan has scored even half of her 178.

Yes, it was a score that monumental. In fact, it was the third-biggest score in history. The only two scores bigger than Atapattu s were achieved against Denmark and Ireland. Atapattu scored 178* against Australia no less in the World Cup.

Do not worry. I will not go number-crunching into this. That has been done elsewhere on these pages. But even then, take a moment out and let that sink in. Think of the sheer enormity of the effort.

In case you cannot, let me tell you this: Sri Lanka Women have played a solitary Test, and that was in 1998. It will not be unfair to call them a side that does not play Test cricket regularly.

Imagine this: a cricketer from a non-Test-playing nation registering the third-highest score in ODI history (the male counterpart is 219), that too against Australia in a World Cup.

But it does not end there. The ten teammates of Atapattu got 60 between them (the 19 extras helped them reach 257 for 9). For the Australians, it was almost like the World XI at one end, and Ilford Second XI at the other.

But enough of numbers. Let us also not get into the attack she was up against (though Ellyse Perry, Megan Schutt, and Kristen Beams are as formidable a trio as any). Let us also ignore the fact that this was the greatest stage of all. Let us detach ourselves from all that and focus on the quality of the innings, for it was a masterpiece you keep on rewinding and replaying.

Atapattu walked out to face the fourth ball of the innings. Perry had already taken a wicket, taking advantage of a breeze that was blowing across the County Ground at Bristol. The new ball would move in the air throughout the day. Not that it mattered to Atapattu, who dead-batted or left alone everything Perry and Schutt hurled at her.

She waited for the loose ball, and when it came, a rare over-pitched one, she drove Perry down the ground. Her confidence buoyed after two lucky boundaries a top edge off a bouncer and a rare mis-field by the Australians and she went down on one knee to dismiss Perry past extra-cover. After scoring 1 from her first 9 balls, Atapattu had raced to 17 off 16.

Perry had to be taken off after 3 overs, but there still was Schutt to be conquered; Atapattu calmly dispatched her over mid-wicket. The second-wicket stand fetched 49 in 69 balls; Atapattu scored 35 of these, in 38 balls.

Sri Lanka Women reached 135 for 6 after 35 overs. True, Atapattu was holding one end up with a 95-ball 75, but how much could she do single-handedly?

There were two options for her: to wait till about the 45th over before unleashing the big hits; or to go for the kill right away. So she cover-drove exquisitely and slammed past mid-wicket brutally, taking 2 fours in 3 balls off Schutt. Then she slog-swept Beams over the mid-wicket fence.

But Meg Lanning had little to worry. She still had 7 overs of Perry to fall back on. She did precisely that, and Atapattu biffed her to the mid-wicket fence. The second fifty took her 46 balls.

She went after Perry and Schutt as wickets kept falling all around her. There were deft late-cuts and leg-glances. There were ferocious swipes over long-on and deep mid-wicket, into the stands. She made room. She danced down to the bowlers. She went down on her knee. And she celebrated it all with a straight, almost picture-perfect six off Schutt; two balls later there was another, harder but lower, which fetched her four.

She was in no mood to relent. Perry tried everything. When she bounced, Atapattu hooked her for four. Beams was taken for consecutive sixes. Perry was hit over her head.

The Australian bowlers worked hard managing to keep Atapattu off strike for the last 5 balls of the innings. The last 78 runs came in 37 balls. It was that easy.

The innings was drowned by Lanning s effort later in the day, but the handful present at Bristol witnessed a very, very special innings. It is not every day that you see a player from the weaker side scoring 70 per cent of the team total against the world champions in a World Cup.

Atapattu did all that, and she did it in an exquisite display of strokeplay that will make you a fan if you are already not one.

There was a reason they named her Player of the Match, reducing the outcome of the match to mere redundancy. 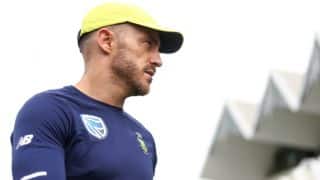 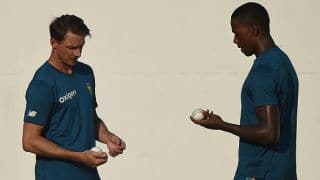