15 teams participated in the inaugural ICC Trophy. Of them, Sri Lanka and Canada qualified for the World Cup.

Argentina clashed with Singapore in the first match of the inaugural ICC Trophy on May 22, 1979. Abhishek Mukherjee looks at the day when the minnows had their first bite at the big stage.

In 1979, ICC decided to organise a tournament to decide on the two ICC Associate nations that would take part in the World Cup later that year. They shortlisted 15 teams, placing them in three groups:

The tournament started with several matches on May 22, but for some reason the one between Argentina and Singapore at Pickwick Cricket Club Ground, Birmingham is considered the first match.

Note: The same mysterious logic applied to the 1975 World Cup. Though four matches started together, the England vs India encounter at Lord’s is considered the first.

Argentina, at that time the World Cup Football team, batted first, and were quickly reduced to 39 for 3 by the off-breaks of Stacey Muruthi. At this point Chris Nino, the Argentine captain, joined Tony Ferguson, and the pair added 55 for the fourth stand.

Just when it seemed that the pair had taken Argentina out of danger, the leg-breaks of Lawrence Young Ken Sen turned out to be more than a handful for the South Americans. Both set batsmen were dismissed, and wicket-keeper Derek Culley was left stranded as Young Ken Sen ran through the Argentines with 5 for 44. Argentina finished on 154 for 9.

Argentina struck back through Alan Morris and Charles Tudor, and Singapore were left tottering at 43 for 4. There was a crucial stand between Muruthi and Steve Houghton, but when Morris trapped the former leg-before and the latter had to retire hurt, the match was back in the balance once again.

The tail did not wag, and Singapore lost 3 wickets for 1 run before Rex Martens provided some support to Goh Swee Heng. Martens with Singapore still 6 short — but there was still some drama left in the humdinger as Houghton walked out to join Goh Swee Heng. The remaining seven runs were scored with 4 balls to spare.

– Both teams are yet to play World Cup cricket.

– The semi-finals were played on June 6, where a 111-run sixth-wicket partnership between Bryan Mauricette and Tariq Javed sealed a 4-wicket victory for Canada over Bermuda, while some brutal batting from Roy Dias and Duleep Mendis helped Sri Lanka prevail over Denmark in an emphatic 208-run win.

– With Sri Lanka and Canada having already qualified, the World Cup commenced as usual: West Indies beat Pakistan at The Oval, while England went past New Zealand at Old Trafford in the semifinal.

– The ICC Trophy final took place after the World Cup semi-final (before the final, thankfully). Sri Lanka posted a huge 324 for 8 but Canada put up a spirited chase, finishing on 264 for 5.

– It was the only match Singapore won in that tournament. Argentina did not win any. 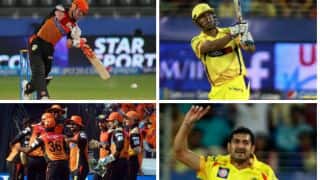 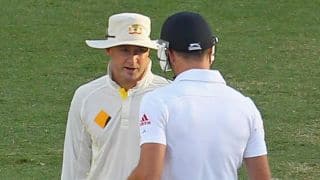