The World Cup has rolled through 10 days and we have seen the good, the bad and the ugly.

Some of the happenings so far:

You can’t sell ice to Eskimos, nor can you sell spin to the Indian batsmen!

We saw this in both the India matches. Spin is about as useful as a waterproof tea bag against the Indians especially in this format of the game that is tailored to suit the batsmen. Truth be said, you could have Shane Warne and Jim Laker bowling in tandem, but one would still back the Indians to get on top of their bowling.

Minnows looks misfit as a team, but individual talents catch the eye

The woeful performances of some of the Associate Teams have caused much debate, but we were enthralled by the majestic hundred from The Netherlands’ Ryan ten Doeschate and reveled in the mastery of Ireland‘s 18-year-old George Dockell‘s refined spin. No off-field action from Pakistan?! It’s boring!

The World Cup is closing in on Week Two. By this time, normally, it would have come as no surprise if…

1. There were rumblings about the Pakistan captain.

2. There were reports of disharmony in the dressing room.
3. Pakistan had suffered an inexplicable loss to a minnow.
4. If the ICC had launched an investigation into that loss.
5. If a huge scandal or allegation had erupted or a current or past player, official, wife/girlfriend said something sensational about the team.

But shockingly, what the world has seen thus far is an unified, composed and very professional Pakistan team. Defies logic!

Sri Lanka can’t win the World Cup without Lasith Malinga – the dreaded paceman with colorful dreadlocks. Those searing yorkers, especially at the death, can change the course of a game in a flash.

From Calypso Kings to ‘Collapso’ Kings!

It’s been so long since one has seen a strong West Indian team, that most of today’s cricket fans may not even have heard a term called Calypso Kings. It’s a great tragedy considering that the dominant force under Clive Lloyd won the first two World Cups and almost won a third consecutive one. Those great men from the Caribbean did it with much style that had no comparison to anything the world has seen. They were the epitome of showmanship in every regard of the game.

Drive For Show, Putt for Dough

The Golf term means that long hits look great, but you win nothing without being able to put the ball in the hole. It fits perfectly for the Indian team who can strike it big with the bat, but are toothless with the ball. Complete mismatch.

Shane Warne had tweeted nine hours before Sunday’s game: Looking forward to the game between India and England today. Should be a cracker. My prediction – a tie!”

Conspiracy theorists lost no time in saying that the match was fixed and asked the ICC to investigate the game.

Warnie was no Paul the Octopus! Fact is, he was just having some fun and the rarest of possibility became a reality.

Going into the World Cup, not many believed the Australians would be among the front runners. But with strong contenders India and Sri Lanka exposed and Australia looking good so far, everything has changed – more so because Pakistan can implode anytime and South Africa continue to live with the “Chokers” tag.

On the back of their dominant wins in their first two games, Australia have been touted as a likely winner – yet again. Sure, that might happen. But then I might date Katrina Kaif! The likelihood of both are remote. Australia have been made to look good by weak oppositions – Zimbabwe and New Zealand. Against stronger oppositions, the holes in the Australian line-up would become evident.

The South Africans in the lead up to the tournament have been talking the talk. Then, in their first game against the West Indies, they indeed walked the walk. On the back of exceptional batting and great bowling, bolstered by leggie Imran Tahir, they have looked truly regal. But do we buy this as compelling fact or illusionary fiction? And that’s simply because the “chokers” tag continue to haunt them. The real test will come against tougher oppositions ahead.

Rise of Bangladesh: Flattering to deceive?

The Tigers have played two games – against India and Ireland. They showed great heart in both games. While they lost against India in the opener, they fought back strongly to quell the Irish challenge. It exhibited the growing maturity of Bangladesh cricket team. I believe in this team.

(Tim Holt was born in Northern Ireland in 1952. He found his love for cricket when he was sent to South Africa between 1964 and 1966. He is an unashamed cricket purist who feasts on Test cricket. His passion for the game cuts across geographical boundaries and into the domestic competitions. Tim, who has a background in journalism and teaching, has lived and worked in many places across the world) 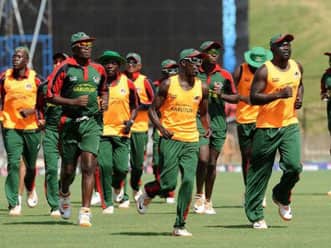