Friendship Day: Great partnerships in the world of cricket

Friendship Day: Great partnerships in the world of cricket 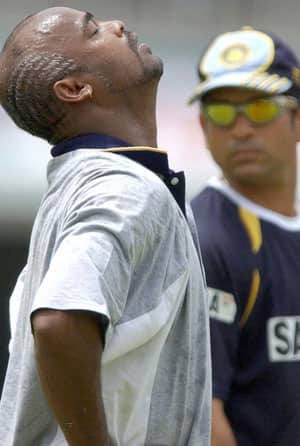 Vinod Kambli (left) was indisciplined and wayward in his life and soon drifted while Sachin Tendulkar went scaling one international peak after another.

On April 27, 2011 the General Assembly of the United Nation declared July 30 as official International Friendship Day. Traditionally, Friendship Day is celebrated on the first Sunday of August.

One of the most celebrated friendships in Indian cricket is between Sachin Tendulkar and Vinod Kambli. Both went to the same school, Sharadashram Vidya Mandir, where they created the then 664-run partnership in Inter-schools cricket which was a record for any wicket, in any grade of cricket anywhere in the world. Kambli joined Tendulkar in the Indian team and scored two double centuries and two centuries in 17 Tests.

Kambli was indisciplined and wayward in his life and soon drifted while Tendulkar went scaling one international peak after another. He then shocked the nation when he said on national TV that his friend Sachin did not support him during his bad days. But Sachin did not allow emotional Kambli’s comments to come in the way of their friendship.

Another great friendship in cricket was the one between Wasim Akram and Waqar Younis. Sadly, a misunderstanding tore them apart and they were not on talking terms. Passage of time had healed the wounds, though the friendship is not what it was.

Another talked-about friendship in international cricket is the one between Kumar Sangakkara and Mahela Jayawardene, who were the “Best Man” at each other’s wedding.

In the days bygone, one of the greatest friendship was between Viv Richards and Ian Botham — team-mates at Somerset and rivals in Tests and ODIs. Botham even said that he would never have gone to apartheid South Africa because he could have never looked Viv in the eye.

Dravid to retire from ODIs after England series