Dravid's worth ethics and intelligence overcome his limitation to earn respect.

The standing ovation Rahul Dravid received in the fifth ODI between India and England at Cardiff marking the end of his glorious ODI career was reminiscent of the respect Sachin Tendulkar got at many of the grounds in England in the just-concluded tour. It was genuine respect for a player who had played the game for a long time with utmost dignity and sense of fair play. If a more powerful reiteration was needed how much respect Dravid commands among even tough-as-nails opposition, it was the spontaneous rushing of the English players to shake hands with the Indian after he was out for 69 in his farewell ODI outing.

Dravid represented India in 344 matches and scored over 10,000 runs including 12 hundreds, 196 catches and 14 stumpings. Though his Test career has overshadowed that of his limited-overs, it’s nowhere short of greatness. Dravid, in fact, is the seventh highest run-getter in the history of ODIs.

Dravid was branded a Test player which did not do much good to his early days in ODIs. Difficulty in rotating the strike not only curtailed the run-flow but did not give the desired strike to the more free-flowing batsmen at the other end. This led to his exclusion for the three-match home ODI series against Sri Lanka in December 1997 and subsequently for the next three series. When he did make a comeback in mid-1998 he had to endure a 22-ball five run and painstaking 21-ball one run both against Bangladesh in the Coca-Cola triangular series at home. He was duly dropped once again for the next triangular series in Sri Lanka, but made a quick return to the squad and held on his place for the next nine years.

His basics remained very much the same, but he brought about slight amendments to his approach to suit the ever-changing pace of the game. His unflappable temperament was a boon in crisis situations. His role was to anchor the innings, a game that was tailor-made for him. But in an era that had marauders like Sanath Jayasuriya, Adam Gilchrist, Shahid Afridi, Sachin Tendulkar, Mark Waugh and Saeed Anwar, Dravid’s role was not appreciated by the masses. But it’s a tribute to his worth ethics and intelligence that he overcame his limitations to earn respect as a value-based overs-limit batsman.

The origin of his transform was his brilliant, run-a-ball hundred against New Zealand at Taupo at the start of 1999. Till then Dravid had played 65 ODIs and had only one hundred to his name at a strike-rate tottering at 63.48.

He took on the additional responsibility role of wicket-keeper in May 2002, which went on till November 2004. During this time he batted regularly at No 5 averaging in excess of 40 and finishing many a matches with youngsters like Yuvraj Singh and Mohammad Kaif. The fact that he kept wickets allowed the team to play an extra batsman/bowler according to the condition and the period saw India winning the NatWest Series in England in 2002 and making it to the finals of the 2003 World Cup.

Rahul Dravid strike-rate in various phase of his career

As a captain, he led by example. When you check the record of captains who had led in a minimum of 50 ODIs, Dravid’s average of 42.19 is only bettered by Mahendra Singh Dhoni, Inzamam-ul-Haq, Chris Gayle and Ricky Ponting. He is also at a creditable 16th in the list of most runs scored by ODI captains.

He has led India in 79 matches from July 2005 to September 2007, winning 42 of them – only Mohammad Azharuddin, Sourav Ganguly and Dhoni have won more matches than him and his win-loss ratio of 1.27 is second only to Dhoni.

The only blot mark during his captaincy was the premature exit in the 2007 World Cup held in West Indies, where the team was one of the strong contenders.

*He was the leading run-scorer in the 1999 World Cup held at England with 461 runs including two hundreds.

*He shared a then world record 318-run partnership with Sourav Ganguly against Sri Lanka at Taunton in 1999 World Cup.

*He broke that record when adding 331 with Sachin Tendulkar – a record for any wicket till date – against New Zealand at Hyderabad in 1999.

*His highest score of 153 registered against New Zealand is also the 12th highest individual score by an Indian.

*Between the period August 1999 to February 2004, Dravid went without registering a duck for 120 consecutive innings, surpassing the record of 119 by Martin Crowe.

*India had a run of 15 consecutive successful run-chases under him, breaking the record of 14 held by West Indies.

*His 22-ball fifty against New Zealand in Hyderabad in 2003 is the second fastest fifty by an Indian in ODIs.

*In February 2007 against Sri Lanka in Margoa, he became only the sixth batsmen and the third Indian to achieve the milestone of 10,000 ODI runs.

* He has four ODI wickets to his name – three against South Africa and one against Pakistan.

*His 83 fifties is the fifth highest in the world after Tendulkar, Ponting, Jacques Kallis and Jayasuriya.

*He has been involved in the top two highest partnerships, 331 and 318, for any wicket in ODIs.

*His 4363 run partnership with Ganguly is the sixth highest in the world and 4117 with Tendulkar is eight in the list.

*Has 11 hundred partnerships with Ganguly and Tendulkar, the eight and ninth most by a pair. 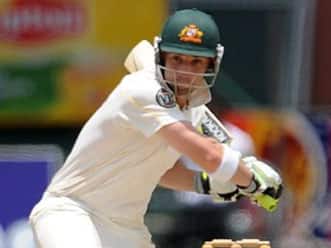 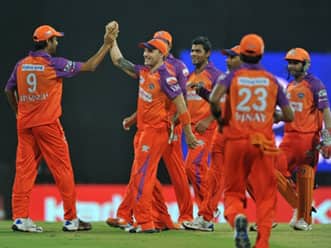