Sachin Saga Cricket Champions was launched on December 6 for Android and iOS.

Sachin Saga Cricket Champions was launched on December 6 for Android and iOS. The game has already been downloaded on over a million systems, and has received plaudits and a 4.2-rating as I write. But as you scroll down, the comments tell the real story: the trailer of the game was launched a year ago by JetSynthesys, the developers of the game. The video was a hit with 76,000 views, but it was a bit over-promising when compared to the original game.

The game play is simple: you simply strike the ball by swiping on the screen, with a power option available. Timing plays a crucial part in the game especially while hitting a six and playing short balls. The game involves proper cricketing shots.

If you are a Sachin Tendulkar fan you may love the game, but if you are a gamer even if not a hardcore one then the game won t impress you much. JetSynthesys did acquire the official licence from Tendulkar to use his name, which made the game an instant hit. However, it needs a lot of improvement, especially when it comes to performances as per ratings.

For example, there is little difference between Ranji Trophy bowlers and international bowlers when it comes to facing them in Legend mode. The commentary is exciting, but only for first five minutes. It gets repetitive after a while.

Sachin from the strikers end!

The game starts from Legend mode where you can play the innings played by Sachin and win it for the team. It begins with a Ranji Trophy match and then levels to international matches. It also includes county matches Sachin had played.

In this mode one can only bat as Sachin. Even if Sachin scores a single he only keeps the strike, where ideally the non-striker should be batting. Even the fielders throw only to Sachin s end for a run out. The dive option while running adds more action to the game and allows the player to take risky singles.

There are some matches where Sachin had batted along the day to draw a match. However in the legend mode, a target is provided to achieve to get through the match, whereas the challenge should be to not give away wickets. The game gets artificial after a while, since the non-striker doesn t face.

The game is over once Tendulkar is out but you get another chance by watching an advertisement.

The event mode is activated as the game progresses. You need coins to buy the event tickets to qualify for the event. There is a time limit of 48 hours for the event mode. The more matches you win the more coins and players you achieve.

The attractive part of the event mode is that you can form your playing XI. Many legends who have retired long ago are available as well. As you progress in the game the players are unlocked. You can even buy players using coins (or with real money via the in-app store).

No practice mode or bowling

The game has no practice mode to improve the player s batting skills. You directly play matches with a small introduction of controls in the start. The game was announced as a batting game although the developers are trying to bring bowling to make it more interesting.

The developers have also promised to fix the bugs in the game. They have made the effort to reply almost every comment on play store promising to fix the issue.

The game is available for free on play store and iStore. 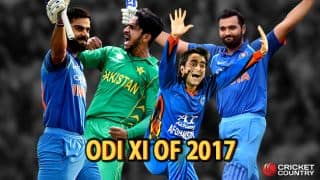