Gary Kirsten, the former South African opening batsman, remains one of the most successful and famous coaches in modern day cricket.

Gary Kirsten, the former South African opening batsman, remains one of the most successful and famous coaches in modern day cricket, and also the only South African to be a critical part of a World Cup-winning team. Kirsten is one of those rare cricketers who enjoyed an excellent time as a player as well as post-retirement. Devarchit Varma presents 12 interesting facts about the first South African to play 100 Tests.

2. Run machine: Kirsten played 101 Tests and 185 One-Day Internationals (ODIs) for South Africa. With 7,289 runs, he is the fourth highest run-scorer in their Test cricket history, while he is at the fifth spot in the highest run-getters in 50-over cricket with 6,798 runs.

3. Kirsten versus England: The left-hander played as many as 22 Tests against England and enjoyed his most successful time against them. He scored 1,608 runs at an average above 48, and slammed five centuries and seven half-centuries. This is not all; the five centuries that Kirsten slammed includes two double centuries 210 at Manchester in 1998 and a marathon 275 at Durban in 1999.

4. The best period: Kirsten, who made his debut in international cricket in 1993-94, and who waited for a hundred in Test cricket for 10 games on a trot, was on a roll 1996 onwards. In the 1996 World Cup in the Indian subcontinent, he slammed 391 runs from six matches at an average of 78.20, with a century and a half-century each. When South Africa went out of the World Cup, Kirsten continued the good work as he finished the year with 1,442 runs.

5. Bettering himself: The year 2000 saw Kirsten improvising further, as he ended the calendar year with 1,467 runs with an average of 44.45 with two centuries.

7. Firsts, too many: Kirsten was the first South African to play 100 Tests, first from the country to score 20 Test tons, and remains the only South African cricketer to carry his bat through a completed innings since 1961-62. Kirsten achieved the feat in the Faisalabad Test in 1997-98.

8. Post retirement: Kirsten retired from international cricket in 2004 after the tour of New Zealand, and set up his cricket academy in Cape Town.

9. Beginning of an era: Kirsten took the role of India s head coach in December 2007, after the tumultuous period under Greg Chappell came to an end. Kirsten slipped into the role deftly as if it was meant only for him. He not only won the confidence of the players, but moulded them perfectly to turn India into a champion side.

10. No. 1 Test side and World Cup win in 2011: India enjoyed its best phase in international cricket under the guidance of Kirsten. With him as coach, India became the top-ranked team in Test cricket and passed the biggest examination of them all by winning the ICC Cricket World Cup 2011 in their backyard.

11. Relationship with Duncan Fletcher: Kirsten and Fletcher have shared a special relationship. Fletcher was full of praise when Kirsten was making giant strides as a player, and when India needed someone to replace Kirsten as coach, he was the one who recommended Fletcher s name.

12. Tryst with No. 1: Following success with Indian cricket team, Kirsten became South Africa s head coach. While there was not much success for them in limited-overs cricket, the Proteas became world No. 1 in Test cricket during Kirsten s tenure, and also registered wins in Australia and England. 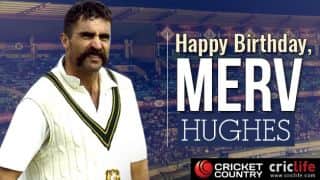