Gambhir has been amongst the best batsmen in the world. 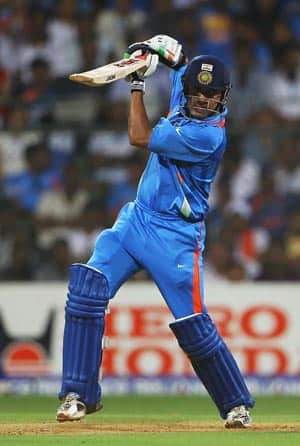 I am excited at the prospect of how Gautam Gambhir will evolve as a batsman in the next few years.

He has provided consistency and stability to India‘s all-star batting line up since 2008. But there weren’t too many reasons to believe in Gautam Gambhir by the way he started his career in 2004.

Since 2008, Gambhir has been amongst the best batsmen in the world and has secured a place in India’s rich history as one of the most successful openers. His success, while very welcome, was unexpected in many ways.

Here is another Aakash Chopra, is what I said to myself when Gambhir routinely made his better innings count for 30s and 40s. That must be the best he can offer is what I concluded.

That thinking was premature.

A hint of what was in store was perhaps on display when he made 76 in the World Twenty20 final against Pakistan, but like with his hugely underrated 2011 World Cup final innings of 97, that innings in 2007 did not stick with me – and, indeed, with the public – for long.

Perhaps he is just not the type of batsman Indians like to rejoice.

Between these two most courageous innings is the story of quite possibly the most well-rounded if not the most complete batsman in the world at the moment. The numbers will tell you that Gambhir is amongst the best batsmen in the world in all forms of the game, but what they don’t is that he seems to have an ability to recognize a match situation, tailor his game to it and over time, in some cases; influence it.

Very few have the ability to adapt their batting to the variations thrown by formats, pitches, and the opposition like Gambhir can. He can be physical and in your face with Australia, polite against Bangladesh, strokeless for hours on end against South Africa and New Zealand when the need is to save a Test and nimble with his feet to attack against fast and spin bowlers alike in the shorter formats. He was clinical as captain in the 5-0 blanking of the hapless kiwis in an ODI series last year.

Gautam Gambhir is Mr. Adaptable and I am not the first one to recognize that.

In a team full of all star batsmen,  Gambhir has quietly cranked up an impressive set of numbers. It is generally believed that India’s ascent to being the champion Test side began post Sydney 2008. And while Virender Sehwag, Sachin Tendulkar, VVS Laxman (with tailenders), Zaheer Khan and Harbhajan Singh have all been instrumental for this, Gambhir’s amazing consistency and adaptability has coincided with India being champions in Tests and ODIs.

His rise has also coincided with a somewhat worrisome dip in form from Rahul Dravid. Without Gambhir, the pressure on Dravid to retire would have been more intense. He has made it affordable for India to invest in an ageing Dravid as the Karnataka veteran is in search for his second wind for a late flourish.

Gambhir is almost 30, generally an age where batsmen peak. With upcoming tours to West Indies, England and Australia and possibly a home series against the West Indies, the next 1000 to 1500 runs he must be eying will help India consolidate their Test standing and prepare him to be the leader of India’s next generation of batting greats.

Unforgettable batting classics over the years...Part 2