Gavin Larsen: 16 facts of the Kiwi from a bowling genre that is extinct now

Gavin Larsen: 16 facts of the Kiwi from a bowling genre that is extinct now

Born September 27, 1962, Gavin Rolf Larsen from New Zealand was a true limited over’s specialist; more effective with the ball than the bat.

Born September 27, 1962, Gavin Rolf Larsen from New Zealand was a true limited over’s specialist; more effective with the ball than the bat. The Wellington-born played 121 One Day Internationals (ODIs) picking up 113 wickets at an economy rate of 3.76. He did not play more than 10 Tests so it will not be fair to come to a conclusion on that regard. He bowled nagging lines and lengths and his primary duty was to contain the batsmen with his military pace. As he turns 53, Ankit Banerjee gives you an in depth knowhow of the utility Kiwi all rounder.

He was very popular among his colleagues who dearly called him with the nickname ‘postman’.

Kiwi team manager John Graham once explained the nickname and said it is a summation of being a thorough professional, committed, conscientious, competitive and consistent.

He bowled immaculate lines and lengths which did not allow the batsman to take him apart. Larsen was miser with the ball and in an era where four and a half runs per over was considered par he had an economy rate of 3.76 in 121 ODIs.

This is what the three were famously known as ‘Dibbly-dobbly-wibbly-wobbly’ trinity. The trinity consisted of Willy Watson, Chris Harris and our protagonist Larsen. They did not give pace to work with; they bowled wicket to wicket and kept a lid on the scoring.

The conditions in England help stroke player and at the biggest stage of them all at the World Cup 1999 semi final, he was on the button just conceding 3.46 runs per over but that was not good enough to see them home.

Post 1999 WC semi final exit, Larsen promptly retired from the game as he was suffering and injury as well and took to business with New Zealand cricket big sponsors.

He has been associated with Wellington Cricket from close quarters and was also the Chief Executive Officer that is how much he was respected.

It used to be a dream for bowlers around the world to scalp Sachin Tendulkar at least once in their lifetime to brighten their CV’s Larsen was a lucky Kiwi whose landmark 100th wicket was of the little maestro that too in front of his home crowd.

Larsen also does broadcasting at times usually when a side comes to New Zealand for an away series but of late rarely do we get to catch a glimpse of him.

Modern cricketers play for more than two franchises nowadays and that is common but here was Larsen who played all his life for just Wellington, a city where he was born.

He has registered two tons in his lifetime, both being First Class tons and his highest among that being 161.

Larsen was recently appointed on July 8, 2015 as a part of the selection committee.

In 1994, he marshalled his troops as the captain and took them through to the semi finals in the Australasian Cup which was held in Sharjah.

Gavin Larsen was involved in a tie involving Pakistan at Auckland, in this match he recorded his best ever figures of four for 24. He picked up big guns like Saeed Anwar, Inzamam ul Haq and then two tail enders to wind up the four-fer.

He has over the years heaped a lot of praise for Martin Crowe touting him as the best. Larsen was quoted saying, ‘Martin was a superb tactician. He was very shrewd. I can call him a chess Grand Master and I was one of his chess pieces. It was a different time and things were pretty much scripted for us. We had a model that we implemented successfully.’ 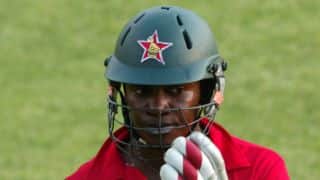