From the depths of sub-50 score to the highs of two successful 300-plus run-chases; Sri Lanka’s One-Day International (ODI) campaign in South Africa has been a roller-coaster ride. The disastrous collapse in the first ODI of the series stunned the world as it was hard to fathom the World Cup runners-up touching that zenith. 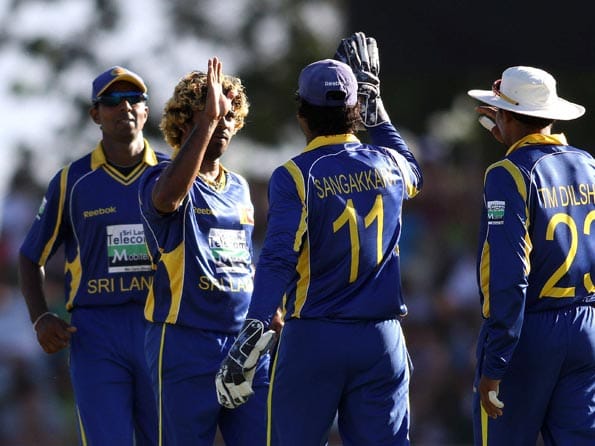 From the depths of sub-50 score to the highs of two successful 300-plus run-chases; Sri Lanka’s One-Day International (ODI) campaign in South Africa has been a roller-coaster ride. The disastrous collapse in the first ODI of the series stunned the world as it was hard to fathom the World Cup runners-up touching that zenith. However, as the series progressed, they gradually regained their lost touch and peaked in the last two games. The two victories ignite hope for Sri Lankan cricket against the backdrop of months of struggle and testing times.

Even though AB de Villiers was going strong with Albie Morkel at the other end, one couldn’t have ruled out a Lankan fightback. The visitors had a chance to clinch the game and the complexion of the whole series would have been different had it not rained. With the Lankans winning the last two games, the result of the third ODI was probably the most crucial in to the final result of the series.

Sri Lanka’s change in fortunes has been mainly due to the revival of their batting. Since the World Cup, their batsmen have shined in patches and have rarely delivered as a unit to put the runs on the board. It has been a collective failure as they have struggled to maintain consistency with runs coming only from a few corners. At Kimberly and Johannesburg, that trend wasn’t on display as there was a plan to their approach with major batsman contributing in the tall run-chases.

Speculations on changes in the Sri Lankan cricket system have been rife for quite some time. Geoff Marsh and Tillekaratne Dilshan were said to have been in the line of fire and in danger of losing their posts at the helm. In fact, it has emerged that Graham Ford is set to replace Marsh as the coach of Sri Lanka, although there isn’t an official word yet.

The scheme of things makes one wonder as to how much time should a coach be given to blend into the setup and become a part of the dressing room? Marsh has been with the Lankan team for just two tours and hasn’t tasted a series victory in any format.

In modern day cricket, a coach’s role has become more prominent. The success and failures of the team on the field of play are attributed to the work done by the coach in the dressing room. As a figure, senior to all the players, he has to gel the unit and guide them into chalking strategies. However, one must realise that in cricket, a coach is still considered a part of the support staff and doesn’t hold the same weight as a football manager.

It is true that the coach is expected to deliver results and guide the team towards a brighter tomorrow. However, once the players are on the field, he doesn’t have much control on the proceedings. In contrast, a football manager stands outside the dug-out, makes substitutions and shouts out to his players during the game. It is impossible to follow this practice in a game like cricket.

In comparison, a captain of a team carries more weight than a coach as he takes most of the final calls. On the field, it is the captain who calls the shots and the coach can at the most pass a message or two. Then again, it is the captain’s prerogative whether or not to heed that advice. Considering these facts, is it fair to axe Marsh after just two tours? Was a drastic change in results expected after he took over the post?

It is obvious that the said time period is too short to judge a coach’s quality, that too someone who has won the World Cup (Marsh was the coach of Australia’s World Cup winning side in 1999). The Sri Lankan team has been struggling since the start of their England tour last year. The persistence of their batting problems has been the root cause of all their worries. The moment one can see a ray of hope, Marsh is said to be on his way out.

Meanwhile, Sri Lanka’s neighbours India too have struggled overseas during the same time period. While there are calls for retirements of a few senior players, Duncan Fletcher’s presence has been pushed into oblivion. India’s horrendous performance on the tour of England and the ongoing campaign in Australia hasn’t put him in firing line. The dominance during the home season and the victorious campaign in the Caribbean may have affirmed the confidence of the board and kept him away from the axe. Marsh didn’t have the same luck, although the Test victory at Durban is the only historic moment in his tenure.

A coach becomes a real burden when the players aren’t comfortable in his presence. Greg Chappell’s stint with the Indian team is the prime example. The skeletons of that era are well outside the cupboard leaving the world to determine the levels of turbulence. His resignation was a logical conclusion and the best result for both parties. In the case at hand, there isn’t anything to suggest that there is lack of cohesion between the Sri Lankan players and Marsh.

Keeping all these facts in mind, Marsh deserves a fair shot at his job!

Reverse swing will play a crucial role at Adelaide: Clarke