Germany lifted the FIFA World Cup thanks to their clinical precision and discipline.

Mike Horn, the famous explorer, is a common link between Germany’s FIFA World Cup 2014 triumph and India’s 2011 Cricket World Cup victory. Horn is one of the most celebrated explorers in the world, and someone who inspires the most successful sportsmen on the planet. Nishad Pai Vaidya writes about the Horn effect.

Water is hot at 211 degrees farenheit, but it boils at 212 degrees, and that makes all the difference. Champions have the edge over the others for they are always a notch above the rest in their preparation, planning and execution. It all stems from their psychology; to execute it on the field, they need the mental strength and determination to make things happen. Germany lifted the FIFA World Cup 2014 thanks to their clinical precision and discipline over the years. There was one common factor in their victory and India’s triumph at the Cricket World Cup of 2011 — Mike Horn.

Sportsmen have a unique psychological makeup. It is due to their strength of mind that they are at the highest level; the place mere mortals can only dream of being. To inspire men with that psychology, you need someone special, and Horn’s resume is proof of his credentials. Here is an explorer who defines the extraordinary. This man has travelled through Serbia on foot, also gone solo to the North Pole in pitch darkness, and has moved across the Arctic Circle alone, among other things. That is only the beginning of his sparkling achievements. Germany (football team) and India (cricket team) have reaped rich rewards from his presence.

Horn spent some time with the German football team in June, during the lead-up to the World Cup. Teams playing at the highest level have all their plans in place; not to mention their professional skill set. It is just that extra mental conditioning that is required. A man like Horn can work wonders on a side, and that is exactly what he has done time and again. Such sessions can motivate the team to put in that extra bit into each move on the field of play.

In 2011, India wanted that victory; for themselves, and for Sachin Tendulkar more than anyone. Horn came at the most crucial time and stayed with the team through to the final. He inspired them with his motivational words, so much so that the great Tendulkar thanked him after the dream was fulfilled. Horn’s cricketing connections did not end there as he then motivated the South African cricket team in 2012, when they were on the cusp of taking the crown in the Test rankings. In 2014, Horn spent some time with the Kolkata Knight Riders (KKR) and they went on to lift the Indian Premier League (IPL) 2014.

There is a lot to learn from Horn’s deeds and tales, but we at CricketCountry were very fortunate to hear from him when Arunabha Sengupta interviewed him. Horn’s final message in that interview was compelling and is a lesson for every individual on this planet. “I would like to say that in life we always have a choice. We can either choose to live a broad life with risks or a narrow life without risks. A narrow life may last longer, and a broad one can be short – but the broad life carries with itself the freedom of choice and the opportunities to make life worth it. What we often forget is that life is today, now and not tomorrow and later. Otherwise we can soon be 60 and suddenly realise that there are a lot of things we have not done,” he said. 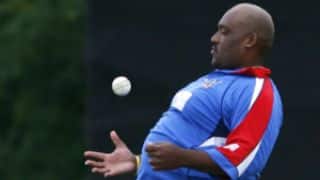