He played few of the greatest knocks in the history of Protean cricket, as captain.

A little more than a decade ago, a 22-year old left-handed batsman in Graeme Smith with only a few Tests under his belt strode to the middle at Edgbaston to take strike. A the tender age of 22, he had taken over the mantle of captaining the side from Shaun Pollock after they failed to progress beyond the first round of ICC World Cup 2003. The English media laughed and made snide jokes about his lack of ability. England’s then captain Nasser Hussain even smirked by saying “who’s Graeme Smith”.

The rest is history, as Smith bestrode England over two Tests at Edgbaston and Lord’s by re-defining the outer limits of sporting boundaries and compiling double hundreds. The irony was that Hussain resigned as captain after the first Test.

As Smith walks into retirement life after a fruitful career, it is time to look back at those glorious moments of his career and marvel at his sheer consistency.

Despite amassing a double ton in Bangladesh, English scribes and experts alike were skeptical about Smith’s ability to handle seaming conditions in the Old Blighty. His ungainly stance and tendency to play through the on-side to almost everything with a crude bottom-handed grip had seen him struggle in the limited overs leg of the tour. James Anderson by swinging it late was all over him like a rash.

However, in the Tests that followed, he made his critics swallow a bitter-pill. With that same technique which was heavily criticised, he compiled a double ton. The English pace attack consisting of Anderson, Darren Gough, Andrew Flintoff and Stephen Harmison bowled all over the shop. Smith duly took advantage of it by playing audacious pulls and essaying those trademark flicks from off-stump. With him batting at the crease, it didn’t seem like England bowlers could even have a sneak peek of his off-stump.

It wasn’t an innings made up of delectable and wondrous shots. It won’t go down in the annals of South African cricket as a timeless composition, full of heart-warming fluency, but the way he stood like an Atlas after being panned for his ugly technique and came out as a true winner, it was truly a remarkable innings.

Smith continued to rack up runs during that tour of England by accruing another double hundred at Lord’s. What more, the champagne would have flowed on him liberally, as South Africa thwacked England in that game. Hussain, who had questioned Smith’s credentials before the series had resigned from captaincy and perhaps, had to go through sleepless nights for a few days, as he dropped a sitter off Smith, early in his innings.

It was yet again an innings, one remembers for his dauntless courage. His heart must have pumped and thudded, as he neared his double ton and that too at the home of cricket, Lord’s. He reached that mark by pushing it through the on-side off Anthony McGrath’s bowling and scoring three runs. The way he ran like a jack-rabbit to complete those three runs gave an indication about his industrious stamina.

New Zealand under the astute captaincy of Stephen Fleming put up a thoroughly professional performance to dismantle South Africa in the abridged version of the game and were leading 1-0 in Tests. In the final Test of the series, South Africa needed Smith to stand up and be counted.

While chasing a target of 234 at Wellington, he did exactly that with a century. He anchored South Africa to a win when they had almost found themselves in a blank slate after losing a slew of games. As other veterans in the side pummelled into a wallow of abject mediocrity, he calmly collected his runs and shepherded their chase. It was yet another of those Smith’s heart-stirring knocks in the fourth innings of a Test.

Another fourth innings chase and Smith takes his team to a marvelous triumph with his epoch-making century.

At four for 93 with South Africa needing 190 more runs to win the game, they were left gasping for oxygen. Smith was still there batting like a true colossus. On a track that was taking turn, he nullified Monty Panesar‘s threat by using his reach. Smith guided the chase right till the very end. Now, believe it or not, England’s loss resulted in one more captain being shown the exit door. If it was Hussain who resigned in 2003, this time around, it was Michael Vaughan who had to sign the dotted line and announce his resignation.

With South Africa chasing a monstrous total of 414 in the fourth innings against Australia at WACA, their chances of winning the Test seemed bleak. Smith though, came out all guns blazing and compiled a hundred.

When Australian seamers pitched it short, he sent the ball screaming to the boundary boards with pulls and when they bowled full, bisected the fielders on on-side at will with flicks. With a fierce single-minded focus and unwavering concentration prowess, he gave South Africa a glimmer of hope. Emboldened by the skipper’s coup de main, South African batsmen rallied and they won that game. Eventually, South Africa went onto win the Test series 2-1.

In the second Test played at Dubai, he withstood the stern test of facing up to left arm quickies, especially Mohammad Irfan made his life at the crease feel like hell. Saeed Ajmal was imparting serious turn away from him, but Smith had answers to everything that Pakistan tried at him and he made 234. South Africa won the game convincingly and drew the series 1-1.

Some still remember him as one who played with a grumpy face and for his lack of finesse and panache in his batsmanship. But he was statistically one of the best batsmen of his era. The columnist also feels that Smith is a hugely underrated captain. It isn’t just based on those awe-inspiring statistics, but tactically too he improved with age. Unfortunately, a few things sticks with you forever. Smith’s retirement means that one of South Africa’s amazing rhapsodies has hung up his spiked boots. 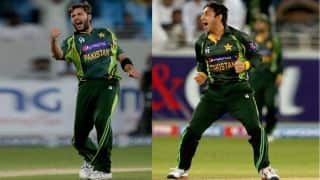 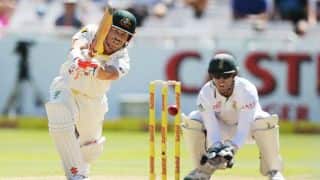