Smith led South Africa on 109 occasions in Tests, with a victory margin of over 50 percent.

South Africa’s longest serving captain Graeme Smith has shocked the world of cricket by announcing retirement from all international forms, after the end of the third Test against Australia. While Smith signs out on a high with an excellent record as a cricketer and a captain, his retirement marks the beginning of an important chapter in international cricket. Like many other teams, South Africa head into the rebuilding phase and have challenges galore for them. Devarchit Varma has more…

When Jacques Kallis walked into the sunset of his career towards the end of the last year, the cricket fraternity termed his retirement as the beginning of an era post-Kallis as South Africa saw one of their greatest cricketers walk way. But now, as their captain Graeme Smith has announced retirement after the end of the ongoing Test series against Australia, the African nation joins many other top nations such as England, Australia and India, who are going through a rebuilding phase. The voids left by Smith, Kallis and Mark Boucher are huge and those cannot be filled easily.

Smith was not merely the captain of South African cricket; he was lot more than that. He was a leader in all sense. From taking the leadership role at a tender age of 22, to walking out to bat with a broken hand against a rampaging Australian side in the fifth Test at Sydney in January 2009 to maintaining an excellent record of his side, the 33-year-old always lead from the front. The feats as a captain are certainly unmatched, and the longest serving captain of the side ensured that his records cannot be beaten easily.

South Africa have not been beaten in the last 15 Test series — a proud unbeaten run that started in 2009. Since the year 2000, they are the only side apart from England (The Ashes 2010-11) to win in Australia. Not once, but twice. They have an excellent record in the Indian subcontinent and they are currently the top-ranked Test side in the world. All this has been achieved under the leadership of Smith.

Smith was the leader of South African cricket. He led South Africa to as many as 109 Test matches — more than any other captain in international cricket. In those 109 Tests (including the current third Test against Australia), Smith completed half-century of Test victories with 53. He lost only 28 Tests and drew 27. Not only did Smith enjoy a wonderful career, but the way he led South Africa and formed the team into one of the most dominating sides is stupendous. Handling champion cricketers that South Africa has had is no mean task, but with the ease Smith went about his job shows how good a leader he was. With Dale Steyn, Morne Morkel and Vernon Philander, he turned up with one of the most lethal pace attacks the world has seen.

Smith’s retirement certainly marks the beginning of rebuilding phase for South Africa. The opening pair has been bit of a concern for them and also there are questions about the next generation of players taking charge in all departments, especially the ones who will succeed the troika of Steyn, Morkel and Philander

He was mightily impressive with the bat as well. With an average nearing 49, he scored 9,257 runs in the longest format of the game. Smith is at the second spot in scoring most centuries for South Africa, with 27 tons in 109 games. It’s merely not the numbers that make Smith an exceptional leader, what he did on the field with the bat is certainly way more than some of his contemporaries. Leading from the front was one of his strongest traits, as recently in the UAE against Pakistan, the left-handed batsman scored a fantastic 234 in the second Test at Dubai to stage a South African comeback in the two-match series, when they looked completely out of sorts having lost the opening Test.

Smith’s achievements in One-Day International (ODI) cricket too were impressive. With an average close to 38, he smashed 10 centuries and 47 half-centuries to score 6,989 runs. However his ODI captaincy ended in a disappointment with South Africa’s exit from the ICC World Cup 2011 after the loss to New Zealand in the quarter-final. In an unfortunate manner, Smith received lot of flak from the South African fans to not returning home with his team, as he headed to Ireland to propose to the former ‘Industry’ band member, Morgan Deane.

Smith’s retirement certainly marks the beginning of rebuilding phase for South Africa. The opening pair has been bit of a concern for them and also there are questions about the next generation of players taking charge in all departments, especially the ones who will succeed the troika of Steyn, Morkel and Philander. Graeme Smith did an excellent job as a cricketer and captain, and he leaves South Africa with abundance of richness. Smith walks into the sunset of his career with head held high, and South Africa need to move on and build upon the platform that has been set up in the Smith era. 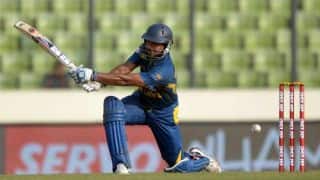 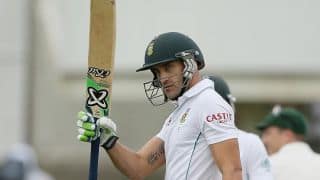