Graham Onions: The tireless workhorse and one of the unlucky English cricketers

Graham Onions: The tireless workhorse and one of the unlucky English cricketers

In spite of taking a truckload of wickets in the county circuit, Durham’s quintessential seamer, Graham Onions has played just nine Tests. Bharath Ramaraj looks back at the career of one of the most unlucky bowlers in the world of cricket. 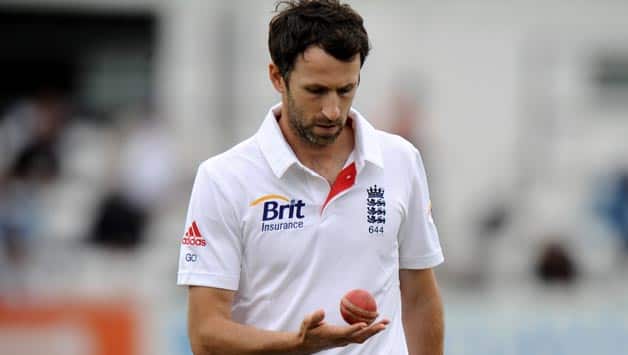 Despite being ignored for the Ashes Down Under, one can expect Graham Onions to continue relentlessly delivering the goods with resplendent performances © Getty Images

In spite of taking a truckload of wickets in the county circuit, Durham’s quintessential seamer, Graham Onions has played just nine Tests. Bharath Ramaraj looks back at the career of one of the most unlucky bowlers in the world of cricket.


The Taunton cricket ground in United Kingdom nestles against the majestic backdrop of Tone River. When incessant rain gives away to sublimely beautiful expanse of sunshine blue, the scenic cricket ground makes for a stunningly wonderful place to watch county cricket.

A few years ago in 2009, the lean and laconic Durham seamer, Graham Onions cut a swathe through Somerset’s batting line-up at the picturesque Taunton cricket ground with unyielding stamina to leave their batting line-up in a state of befuddlement.

Even Somerset’s captain and swashbuckling opening batsman, Marcus Trescothick, who has taken many opposition bowlers to the cleaners with his flashing blade was floored by a scorcher of a delivery from Onions that shattered his timber and sent it somersaulting in the air. He could only walk back to the pavilion by shaking his head in sheer disbelief.

Onions, born on September 9, 1982, is your quintessential seam bowler who baits and lures the batsmen to ensnare them into making mistakes outside their off-stump. In a gist, he has made a mockery of best batting line-ups in the county circuit by marrying unerring accurate seam bowling on a fourth stump channel with indefatigable stamina.

If we turn the clock back into Onions’s early days, he was known as a talented sportsman and surprisingly golf was his first love. Onions told Northern Golfer on his early days, “There was always something about playing golf that I loved. You just throw the balls up on a weekend and have a good time with the lads. When we first started we would play for a few quid and it was really competitive, all the lads liked a bit of competition and at times they really got into it. I look back now and that was a really great time in my life. That’s why getting into golf days and events is great for me, it’s nice to come out, hit a few balls and enjoy a day off like we used to.”

As the time flew by though, it was in cricket where he started to excel. At the age of 18, Onions had already emerged as one of the shining young lights of Durham’s cricket. It took him sometime to leave an indelible mark in county circuit. But ever since he blew away a strong Middlesex batting line-up in 2006 with a five-for, Onions hasn’t looked back.

In particular, 2009 season was an annus mirabilis for him, as he took 69 wickets at a mind-blowing average of 19.95. His believe-it-or-not spell of six for 31 against Somerset in 2009 won him fulsome praise and flashed across newspapers in the UK.

Onions also made his Test debut in the year 2009 against the West Indies and immediately made an impact by pulverising a woeful West Indies’ line-up. In the subsequent Ashes  series played in England, in spite of Burnley Bullet, James Anderson, stealing away the spotlight with a crackerjack spell that saw him take five wickets at Edgbaston, it was Onions with his four-for who was chiefly responsible for Australia’s stunning middle-order collapse.

In the 2009-10 season, Onions’s awe-inspiring spells in South Africa largely went unrewarded. Yet, it was him with a willow in hand who came to England’s rescue not once but twice by standing firm against the pillaging South African seam attack to take England to safe waters at Centurion and Cape Town, respectively.

Tragedy soon stuck for Onions, as he was diagnosed with a career threatening back injury that led him to missing more than a year of professional cricket. But with gladiatorial intensity and an unflinching desire to succeed, he for the umpteenth time became the tormentor-in-chief for all batsmen in county cricket in 2011. Batsmen all over the circuit must have imagined a trial by fire, while facing him.

In a cruel twist of fate, Onions was sent on a leather hunt in a warm-up game played between a select New Zealand XI and England at Queenstown this year. It perhaps broke down whatever little faith England’s think-tank had in Onions.

When England inexplicably didn’t pick Onions for the Ashes trip to Down Under, it became crystal clear that his name wasn’t hovering on selector’s radar. It is hard to fathom that a bowler who blew away most batting line-ups this year in county cricket was dropped mainly because England wanted to accommodate the out-of-form and giant fast bowler in Chris Tremlett.

There was also inkling that selectors didn’t plump for Onions, as it was believed, he was in many ways a similar bowler to Anderson. But the fact of the matter is, Onions is an out-and-out seam bowler, where as Anderson is the most complete bowler in the England set-up whose chief weapon is swing.

Instead of drowning in the wallow of depression during the next county season, one can expect Onions to solider-on and erase the fine lines of pain and distress, and continue to relentlessly deliver the goods with resplendent performances.

Here is a cricketer who has the willingness to sacrifice for team’s cause. With a simple and straightforward approach towards bowling, he has taken well over 400 First-Class wickets yet; it has been a topsy-turvy ride for him in test cricket. Onions no doubt has to go down into history books as one of the unlucky bowlers ever to have graced international cricket. 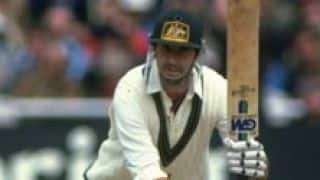 Ashes 1978-79: Graham Yallop stands tall at Sydney while the rest around him crumble