Born October 29, 1971 in Adelaide, South Australia, Greg Blewett is a former Australian top-order batsman who played for the national team between 1995 and 2000. Currently Australia’s fielding coach; he was also an excellent fielder and a fine medium-pace bowler. Blewett was equally adept in playing attacking and defencive brand of cricket as per the situation’s demand. A good puller of the ball, he struggled against quality spin which probably led to his omission from the squad. In the latter part of his career, owing to injuries, but majorly due to the emergence of Matthew Hayden, he was never able to get back into the Australian Test and One-Day International (ODI) setup. Bhaskar Narayan takes a look at 10 lesser known facts about the cricketer on his 44th birthday.

1. Cricket in his blood

Greg’s father Bob Blewett was the captain of South Australia but unfortunately never got a chance to represent the national team. He featured in 25 First-Class and three List A matches.

Greg Blewett has a daughter with his first wife Jodie, a radio personality. He remarried in 2014 to Katheryn Raptopoulus. They named their son Samuel Hugh as a tribute to Katheryn’s father and the surname of the child was a tribute to late Australian batsman Phillip Hughes who died after a bouncer hit him in a cricket match.

3. Part of the invincible Australian side

Blewett was part of the Australian team which made the record of winning 16 Tests consecutively from October 1999 to February 2001. Their winning streak was finally broken by India in the iconic series where VVS Laxman played the classy knock of 281 after India were asked to follow-on. Blewett played in the first nine of these 16 matches but owing to poor run, Mattew Hayden got the nod ahead of him later on and Greg was never able to make a comeback from then on.

4. Strong square of the wicket

Besides being a good puller and hooker, Blewett was extremely good playing square of the wicket and played elegant cover drives but his technical weakness at playing in-swingers made life difficult for him in later part of his career.

Blewett struck an unbeaten 102 in his first Test and followed it up with 115 in the second. Both these Tests were part of Ashes 1995.

Blewy, as he is fondly called, was often asked to bowl when wickets were difficult to come by, as he had a knack of breaking the partnerships. He took the wicket of legendary West Indies batsman Brian Lara a couple of times.

If not cricket, Blewett could have have become a good professional golf player. He had the flair required to play golf as well. After retiring from cricket, he played the game more often. He will play for Australia in next year’s Icons of Cricket golf tournament alongside Shane Warne and Michael Hussey. The opposition team Rest of the World will have Kapil Dev, Viv Richards and Brian Lara.

Greg is a vocal supporter of animal rights and has vehemently spoken against animal torture and poaching on numerous occasions.

While batting for Nottinghamshire against Durham in the English county cricket, it so happened that the wind removed the bails. When the bails were put back on the stumps by the umpire, three ducks flew in near the pitch. Ducks are considered unlucky for batsmen since duck is synonymous with scoring a zero in cricket. When match resumed, Blewett was out LBW first ball. Was it just a coincidence or Blewett’s losing concentration because of the birds?

10. Shares his birthday with Matthew Hayden

Ironically, the batsman who replaced Blewett in the Australian team Matthew Hayden shares his birthday on October 29, 1971. Film Actress Winoyna Ryder, who starred in Star Trek and Black Swan, and was the fiancée of Hollywood star Johnny Depp for three years, also shares his birthday. 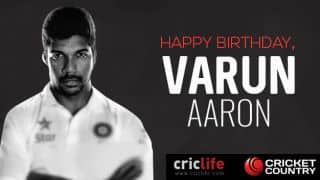 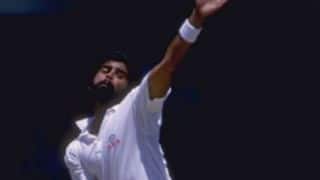 Chetan Sharma: Parents don't want their kids to be the next Kapil Dev