David Warner played a very special innings on Friday night to propel Sunrisers Hyderabad (SRH) in the final of the ongoing Indian Premier League (IPL) 2016, wherein they will face the Royal Challengers Bangalore (RCB) on Sunday. Warner slammed a majestic 93 not out off 58 balls, and guided Sunrisers Hyderabad (SRH) in the final of IPL tournament for the very first time. Chasing 163 against Gujarat Lions (GL), SRH started off poorly and never looked like winning comfortably, but Warner hung around and Bipul Sharma struck crucial runs at the end to help his side move into the final of IPL 9. Let us take a look at the highlights: FULL CRICKET SCORECARD: Gujarat Lions vs Sunrisers Hyderabad, IPL 2016, Qualifier 2 at Delhi

Aaron Finch continues to tick: Thanks to Finch’s half-century batting at No. 5, the Gujarat Lions (GL) were able to post a challenging total of 162 for 7 in their allotted 20 overs. Gujarat failed to gain any momentum in their innings, but Finch struck 7 boundaries and 2 sixes to help them attain some. His innings was extremely crucial as Gujarat Lions (GL) faced a real risk of posting a paltry total in this all-important match.

Dwayne Bravo’s late blitz: Bravo has had a forgettable outing with the bat so far in IPL, but on Friday night, he struck a crucial 20 off 10 balls that helped his side go past the 150-run mark. Bravo struck 4 boundaries during his innings, in which the Caribbean flair was visible on more than one occasion. FULL CRICKET UPDATES: Gujarat Lions vs Sunrisers Hyderabad, IPL 2016, Qualifier 2 at Delhi

Forgettable day for Barinder Sran: The left-arm lanky pacer had a forgettable outing as he spilled a catch of Finch when he was nearing his half-century, and even misfielded one near the ropes which resulted in a boundary. With the ball, Sran already had had a poor run, as he bowled 3 wicketless overs for 28 runs without making any impact whatsoever.

David Warner’s brilliance: A very special man played a very special innings on Friday night. There were only 4 SRH batsmen including Warner who got runs in double figures, but only he and Bipul made the difference. Warner struck 11 boundaries and 3 sixes to win the game for his side. Warner remained unbeaten, but the fact that he hung around till the end made all the difference as Gujarat failed to remove him and this is where they failed.

And Bravo’s superb bowling: Bravo proved his mettle with the ball once again as he gave away only 13 runs in his first three overs, and snaffled 2 wickets. He mixed them up as well as he does always, and it was unfortunate for him to have been hit for 19 runs in the penultimate over of the game.

Bipul Sharma seals the game: The left-handed batsman deserve rich credits for winning the game for his side, as his 3 sixes towards the end of the innings helped Sunrisers to saunter to a memorable win. With 11 needed off 7, Bipul hit a six on the final ball off Bravo to take the equation to 5 needed off 6. Bipul scored 27 off 11 balls, and his innings took a lot of pressure off Warner’s shoulders in the dying stages of the game. 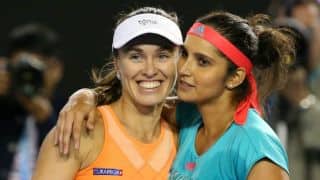