Gurkeerat Singh was named in the Indian squad for 2nd Test after serving as a reserve player in the first one.

Considering Gurkeerat Singh’s form of late in the domestic circuit, he certainly would be a huge asset to the Indian team. But the question of who he will replace still remains. He had a good run in the triangular series involving India A, South Africa A and Australia A. He was the star in the final, picking up a couple of wickets and scored an unbeaten 87 to steer his side home. He followed it up with excellent performances with both bat and ball in one-dayers against Bangladesh A, making a couple of handy contributions with bat and also taking a five-wicket haul in one of the matches. Scorecard: India vs South Africa 2015, 2nd Test at Bengaluru

This string of good performances earned him a deserved call-up to the Indian One-Day International (ODI) team for the series against South Africa. India lost a closely-fought series 2-3, but Gurkeerat did not get a single game. But, sharing the dressing room with the likes of MS Dhoni, Virat Kohli, Ajinkya Rahane and others would have certainly been an excellent experience for the youngster. READ: MS Dhoni is my batting idol, says Gurkeerat Singh

Gurkeerat was retained as a reserve player for the first Test between India and South Africa at Mohali, at a time when seniors like Rohit Sharma, Stuart Binny and Bhuvneshwar Kumar were allowed to play for their respective states for the Ranji Trophy 2015-16. He was included in the squad for the second Test at Bangalore, which will add extra depth to India’s batting and bowling. The pitch at Mohali was a rank turner and Gurkeerat’s inclusion in the side gives an impression that the pitch at Bengaluru will be no different. READ: IPL 2014 Auction: Ranji Trophy performers most valued among uncapped players

Gurkeerat, regardless of who he replaces will be a good addition to the side. A few days after he earned his maiden call-up, he slammed a double century for Punjab against Railways in the Ranji Trophy and in the very next match against Andhra he finished with career-best figures of 9 for 52. Gurkeerat was brilliant the previous season as well, scoring 677 runs at an average of 56.41 in 8 matches. He also chipped in with 7 wickets with his off-spinners. He has already bettered his previous season’s record with the ball, having already picked up 9 wickets in just 2 matches this season. READ: Should Shikhar Dhawan make way for Rohit Sharma or KL Rahul?

Gurkeerat is also a handy T20 player. He proved that in his second match in the Indian Premier League (IPL) 2012, where he struck a 12-ball 29 for Kings XI Punjab (KXIP) against Deccan Chargers (DC) to help his side chase down 194, which looked impossible at one stage. He can perhaps be considered for the upcoming ICC World T20 2016, just a few months away. READ: India vs South Africa 2015, 2nd Test at Bengaluru: India’s likely XI

Coming back to the current series against South Africa, it is unlikely that he will play a part in the Bengaluru Test or in the remaining Tests, unless somebody is injured or some player is rested. India will, in all likelihood, not go in with four spinners. If India drop the under-performing Shikhar Dhawan and use Cheteshwar Pujara as opener, Gurkeerat might fit perfectly well in the middle-order, though the team management will probably prefer Rohit Sharma. However, if the pitch turns square, Gurkeerat may even be included ahead of Varun Aaron. READ: India vs South Africa 2015, 2nd Test at Bengaluru: Key Battles

All said and done, Gurkeerat will be a good addition in the squad; he can get the team handy runs batting at No. 6 and take a couple of wickets every now and then. Although his inclusion in the playing XI is doubtful, it may be a gamble worth taking. However, there is no doubt that he is one for the future. 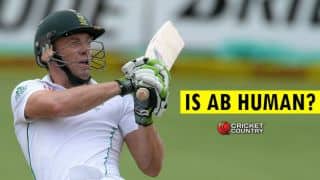