Wessel Johannes Cronje, better known as Hansie Cronje, was the face of South African cricket throughout the 1990s.

Born September 25, 1969, Wessel Johannes Cronje, better known as Hansie Cronje, was the face of South African cricket throughout the 1990s. He played a vital role in reinstating the South African team as a dominating force in world cricket after its return to international circuit. A complete team man, who many still feel could have done nothing wrong, Cronje left both the game as well as world as a tainted man involved into match-fixing. Chinmay Jawalekar looks at 15 interesting things about the cricketer, who the writer hopes will be treated kindly by the history.

1. Cricket in his blood

Cricket was always an integral part of Cronje s family. A second generation cricketer, Cronje had his father Ewie and older brother Frans besides him in the family to have played First-Class cricket.

Cronje was good at both studies as well as sports during his school days. He was the head-boy at Grey College in Bloemfontein, from where he matriculated in 1987. He even led his school s cricket and rugby teams.

Cronje was quite a bit of an early starter; having started his First-Class career at the young age of 18. The captaincy too came pretty early in life. At 21, he was leading the Orange Free State and at 24, the South African national team.

Cronje s first season in First-Class cricket wasn t inspiring. It was only in his second season that he got a consistent run in the side. In the same season, the moment of recognition came during the final of the Benson and Hedges Series, where he scored 73 opening the innings and helped his side win the title.

Cronje made his One-Day International (ODI) debut against Australia during the 1992 World Cup. The match was an important one as it also happened to be South Africa s debut in World Cup cricket. Though Cronje didn t do anything worth mentioning, his side won the match quite comfortably.

His Test debut against the West Indies was a forgettable one. He scored only five and two in the match which South Africa lost by 52 runs, after dominating for almost entire duration.

Later, in 1997, he appeared for Ireland as an overseas player and played an instrumental role in scripting their first-ever win against an English County side. The Irish team, riding high on his 94 not out and three wickets, beat a strong Middlesex side which had the likes of Mike Gatting, Mark Ramprakash, Angus Fraser and Phil Tufnell in its ranks by 46 runs in the Benson and Hedges Cup final.

Cronje was a complete all-rounder. His batting was as good as his fielding and when it came to bowling, he was a bit under-rated. His gentle medium pace though appeared innocuous in a line-up that had the likes of Allan Donald, Shaun Pollock and Fanie de Villiers, but it was extremely effective. Indian batting legend Sachin Tendulkar once famously said in an interview that the only bowler who managed to unsettle him was Cronje, and that he didn t know what to do with him. Cronje dismissed Sachin five times in Tests.

Cronje was a genuine leader, right from his childhood days. He was raised in such an environment where leadership came naturally to him. It showed when he captained the various sides throughout his career.

Cronje could never win a Test series against Australia. His South African side beat all other Test playing nations, but could never conquer the frontier Down-Under.

10. Issues with the umpires

In 1997-98 Test series against the Australians on their own turf, Cronje clashed with the umpires as they turned down an appeal against Mark Waugh. South Africa eventually won the Test and Cronje famously hurled a stump through their dressing room door.

Earlier, at Cape Town in 1995-96, he had asked umpire Dave Orchard to refer a run-out to the third umpire, after he had ruled England’s Graham Thorpe not out. As it happened, the decision was overturned and South Africa went on to win the match and the series. Cronje, however, could not escape a fine that was being imposed on him for showing dissent.

All three World Cup tournaments that Cronje played ended in heartbreak for him. The first one in 1992 ended on a tragic note as the South Africans were asked to chase a revised target of 21 runs from 1 ball in a rain-hit semi-final against England. Before the rain had interfered, they were well placed, needing 22 off 13 balls. But the inexplicable equation produced by Duckworth-Lewis method left the entire nation in tears.

The second one in 1996, in which Cronje also led his team, ended in quarter-final loss against the West Indies. The most tragic one, however, was the 1999 World Cup, where his side crashed out of the tournament in the semi-final, after the game was a tie and Australians progressed since they had beaten the Proteas in the league stage.

There is only one instance of voluntary innings forfeiture in the history of Test cricket, which came at Centurion, South Africa, in January 2000 during the fifth and final Test between South Africa and England. South Africa were already 2 0 up in the series and quite ambitiously, under Cronje s captaincy, went for a result in the match which was rain-hit and had lost three days of cricket. Cronje entered into an understanding with his opposite number Nasser Hussain, that both teams would forfeit their one innings and compete on the last day. South Africa declared its only innings and Set England 251 to win, which England chased down successfully in their only innings (having forfeited their first innings).

In April 2000, in a shocking revelation, Cronje admitted of being involved in match-fixing. This came after the Delhi police had claimed so. As a result, Cronje was banned from any involvement in cricket for life; a ban he would later challenge, only to be dismissed. He quickly went on to become a villain in his own country, where he was once revered.

On June 1, 2002, Cronje died as his aircraft crashed into the Outeniqua Mountains. He was travelling along with two pilots and all three died instantly. However, mystery clouds still surround his death with many conspiracy theories doing the round. 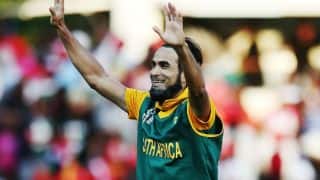 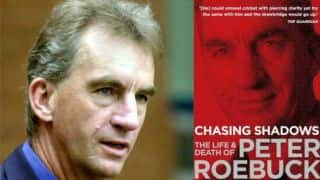