The firebrand leader of the fafda-loving community has laid an ultimatum to the BCCI selection committee after Axar Patel’s stupendous show in Wayanad against South Africa A.

According to latest developments, Hardik Patel is due to make his latest demands on behalf of the Patel community to the Board of Control for Cricket in India (BCCI) in a take it or take it offer. The firebrand leader of the fafda-loving community has laid an ultimatum to the BCCI selection committee after Axar Patel’s stupendous show in Wayanad against South Africa A.

Excerpts from an exclusive interview with Hardik Patel:

Paaji Punter (PP): Jai Shri Krishna, Hardik bhai! What is the main issue you are concerned about?

Hardik Patel (HP): Jai Shri Krishna! The main issue is that we have always been discriminated and never given our due in this land. We have been grossly misrepresented in jokes against our community. The Sardars have amassed all the best jokes for themselves, leaving us with crumbs such as ‘snakes’ and ‘coke’! Now Russell Peters has spoilt my name as well.

PP: You feel that your community does not get any support?

HP: Of course! How many Patels have represented India? They never gave Jasu Patel, Brijesh Patel or Munaf Patel a proper chance. Patels have played the game with distinction in New Zealand, England, and Kenya. Why not in India? (Gets angrier) Parthiv Patel, our crouching tiger hidden dragon, even sledged the baap of mental disintegration, Steve Waugh. They should have given him a bravery award for opening and putting India in the driver’s seat many times when he did not even have a driver’s license. Instead, they give his spot to some Bihari. So typical!

PP: But why are you taking matters into your own hands?

HP: (Growls) Why not? Omar Abdullah back Parvez Rasool, why can’t I do it for my people? But then there are other Chief Ministers who have given our community a bad name (sigh).

PP: Now you want a spot for Axar Patel?

HP: What more must the boy do? You tell me? They said he had no X-factor. He changed his name to get a “x” in it. I thought the media will concentrate on him as he has changed his name like several Bollywood stars. Instead, those idiots talk about how Irfan Pathan has never played for Gujarat in Modi’s time and now does not play for India.

PP: What is your stance on reservation?

HP: When it comes to ticket booking on IRCTC (Indian Railway Catering and Tourism Corporation), I am anti-reservation. We don’t get a berth and people without tickets occupy our rightful places. Why reserve in the first place? Also, don’t forget that a fellow Gujarati was thrown out for a First Class compartment in South Africa in spite of having a valid ticket. Axar has surely avenged that humiliation and discrimination by the South Africans. The only way to honour him is to make him captain of our team.

PP: What is your dream for the future?

HP: I want adequate representation. Proper jokes on my community, a Star Sports IPL ad for my community, instead of “Kanna keep calm” aimed at pleasing N Srinivasan. The real victory will come when Ravi Shastri will say “Kem cho”, like Barack Obama, at every cricket ground. I have this dream where one day, there will be many Patels in the Indian team. Don’t forget, a Patel boy has scored more maidens to his credit in this match than any Gujju boy with a US passport. This will make an impact. If you want to see more than these many maidens in one place, you have to go to a dandiya raas!

(The above article is reproduced with permission from UnReal Times. You can follow Paaj Punter here) 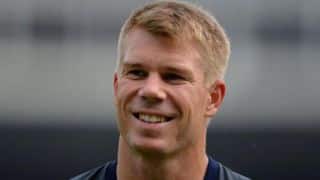